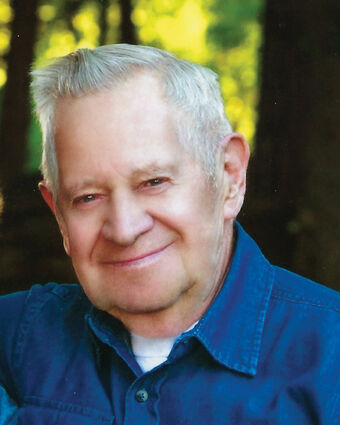 Roy Melvin Hartle, born to Clarence and Alena Hartle on July 8, 1931, passed away late in the morning on Dec. 11, 2021 at Billings Clinic, Billings, MT. He is preceded in death by his parents and wife of almost 64 years, Patricia Martha (Eastman) Hartle who passed away on June 22, 2021. He is survived by their 5 children and their spouses, Wade and Daniela Hartle, Dana and Trudy Hartle, Tamara and Craig Dozier, Wendy and Jeff Hodges, Shanna Hartle, multiple grandchildren and great-grandchildren.

Born as an only child in Sidney, MT and raised in various towns as his father traveled for work, Roy eventually landed back in Sidney and graduated from Sidney High School. He decided to enlist in the US Army and worked various jobs including time in the Signal Corps, working as a cook, and serving as an MP riding the trains transporting soldiers heading to the west coast on their way to Korea.  Roy served state-side for 3 years from 1951 thru 1954 before being honorably discharged.  While in the military, Roy sent his money home to his mother to support her as his father had passed years earlier.

Upon leaving the service with an honorable discharge, Roy returned to Montana and worked in the construction field for several years. In 1957, Roy found the love of his life, Patricia Eastman, and swept her off feet in whirlwind romance of 7 dates before proposing. The couple eventually ended up back in Sidney where they spent most of their lives raising their 5 children in various homes in and around Sidney. Roy went to work for the Post Office and made it to Postmaster before leaving for an oil field related job. After a few years he returned to the Post Office as a Clerk/Carrier and that is the job from which he retired in 1996. Roy found joy in raising and caring not only for various dogs and cats but other smaller animals including rabbits in the backyard when they lived in town and various poultry and other farm animals when they lived out of town on small acreages.

While in Sidney, the couple became avid bowlers to the point of braving Montana winter roads not only to attend bowling tournaments but to bowl in weekly leagues in Glendive and Williston, ND when the bowling alley in Sidney was closed for several years. They continued bowling in leagues even after moving to Billings later in life. Roy continued to enjoy going to the bowling alley to socialize even when he could no longer bowl due to his failing eyesight.

Per his wishes, Roy will be cremated without services and interred with his wife's ashes in the Yellowstone National Cemetery, Laurel, MT.