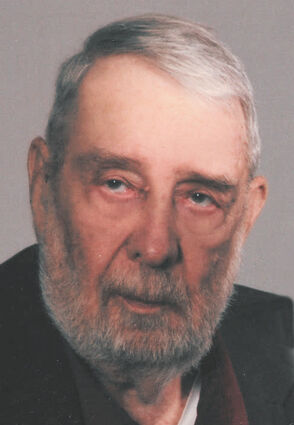 Mass of the Christian Burial for Gordon Bradley, 88 of Sidney are at 11:00 A.M., Wednesday, December 29, 2021, at the St. Matthew's Catholic Church, Sidney, MT with Fr. Jim O'Neil as presider. Wake services are at 5:00 pm. on Tuesday, December 28, 2021, at the Fulkerson-Stevenson Memorial Chapel, Sidney. Interment with Military Honors will be in the Crane Cemetery, Crane, MT at a later date under the care of the Fulkerson-Stevenson Funeral Home of Sidney. Visitation will be on Tuesday, December 28, 2021, from 10 AM to 4 PM, and the funeral home and one hour before mass at the church. Remembrances, condolences and pictures may be shared with the family at http://www.fulkersons.com.

Gordon passed away on Friday, December 24, 2021, at the Sidney Health Center.

Gordon Lynn Bradley was born on August 9, 1933, at home in Crane, Montana, delivered by his Grandma Hartl and Great-Grandmother Hull. His Grandma decided he weighed 5 pounds, comparing him to a sugar sack, which destined him for an over 33 year career with Holly Sugar-Imperial Holly.

Gordon attended Crane School District #33 through the eighth grade. He then rode Uncle Merritt's homemade school bus to Sidney for one year. He rode the Sidney School District bus for his final three years graduating from Sidney High School in 1951. He volunteered for the United States Navy in 1952 stationed in California, Texas, and served two tours in Japan. He was honorably discharged in 1956.

He met Margaret Gartner in March of 1953 while home in Sidney on leave from boot camp. They continued their communication through written correspondence for the duration of his service. Upon discharge, Gordon enrolled in Montana State College (now Montana State University-Bozeman) during the winter quarter of 1957 through the G.I. Bill. Gordon and Margaret were married during spring break in March 1957 at St. Philomena's Catholic Church in Sidney.

Gordon graduated from MSC in the spring of 1960 with a Bachelor's of Science in Agriculture. He accepted a position with Agricultural Stabilization Conservation Service in Daniels County. He then transferred to the office in Toole County. In 1962, he began his career with Holly Sugar-Imperial Holly at the factory in Sidney as a boiler operator eventually being promoted to Maintenance Supervisor. Other than a brief transfer to Delta, Colorado, from 1974-1977, he served his entire career in Sidney until retirement in 1996.

Gordon was a life member of the Veterans of Foreign Wars Lower Yellowstone Post 4099. He was a life member of the Military order of the Cooties, the community service arm of the VFW. He looked forward to his regular lunch meetings with his fellow Sidney High School graduates from the Class of 1951. He enjoyed traveling to visit relatives around Montana and the United States. Most recently, he exchanged regular letters with friends and relatives to keep everyone updated on his news and enjoyed listening to books from his computer.

He is survived by his wife Margaret, his sisters Irene Johnson and Donna Smith, his children, grandchildren, and great-grandchildren. Gordon was preceded in passing by his parents Asa and Dorothy Bradley, his brother Delbert Bradley, his sons in law, Mark French and Larry Garman, and grandson Josh Morlock.