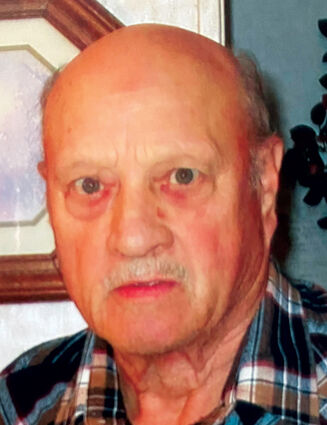 Funeral services Charles James Alva "Al" Bloesser, 85, Sidney, MT are 10 a.m., Thursday, Jan., 27, 2022 at Church of the Nazarene, Sidney, MT with Pastor Richard Evans officiating. Inurnment will be at a later date in Sidney Cemetery, Sidney, MT under the care of Fulkerson-Stevenson Funeral Home, Sidney, MT. Visitation will be 10 a.m.-5 p.m., Wednesday, January 26, 2022, at the funeral home and one hour before services at the church. Remembrances, condolences and pictures may be shared with the family at http://www.fulkersons.com.

Charles James Alva "Al" was born May 9, 1936 to parents Charles James and Nellie Bloesser, Fort Scott, KS. He was raised and attended school in Fort Scott and graduated from Fort Scott High School in the class of 1954.

He attended school for mechanics and GM certification and moved to Sidney in 1957 where he worked at Gem City Motors and met Rachel Weber who worked across the street at Snowflake Bakery. He had a souped up hot 64 impala that he invited Rachel to take a ride in. Not only did he pick up a donut at the Snowflake bakery but he picked up a date! They were united in marriage Sept. 25, 1964.

Al was quite a jokester! If you had a conversation with him, you could always count on a few jokes and couple stories.

Some of Al's favorite pastimes were tractors, motorcycles, old cars, and anything with an engine. He also enjoyed going for leisurely rides with his wife and spending time watching NASCAR. He built a couple power pull tractors with the most memorable being Sheer Energy. He and his family spent lots of weekends attending the tractor pulling events.

His love for Oliver tractors led him to a club called Northern Lights Oliver Collectors where he met many longtime friends. Al restored many old tractors and attended threshing bees and plow days with Rachel all over North Dakota showing off his tractors.

When Al moved to Sidney in 1957 he began his career at Gem City Motors where he worked for many years and still valued his friendships that he developed while he was there. He and a good friend started a snow and dirt removal business in the early 80's called Snoco. Later, he started his own shop called Bloesser Automotive. After retirement, he still kept plenty busy in his shop at home doing small engine repairs and carburetor kits.