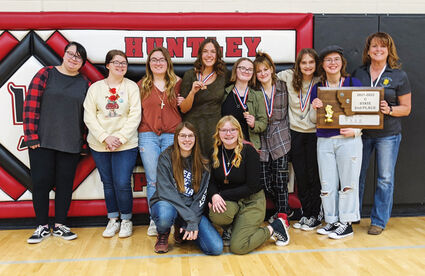 "I am always excited to see how well my team does at every meet; however, when I learned that we actually placed 1st and are the Class C Drama State Champions, I cried! These young ladies are so talented. They represent FHS very well everywhere we go," said Fairview High School Speech and Drama Coach, Faith Oakland.

The team keeps growing in members and talent- both the team members and coach gained recognition for their hard work. Oakland was voted co-coach of the year for Class C Eastern Division Drama.

She said, "I tell the team all the time that they are the talent and I am their bus driver."

Last year, the team competed virtually and did not place at the State tournament.

Oakland is proud of the improvement and hopes to build a bigger team and garner members who want to compete in all 16 areas.

She added, "I want to build a speech team and perhaps down the road, build a debate team."