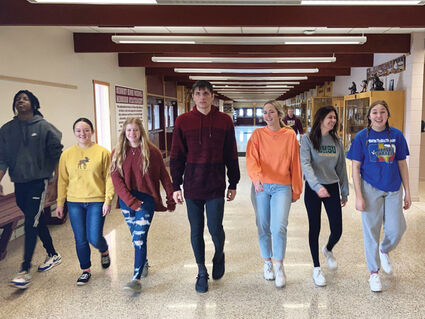 Sidney High School students from the Spanish III/IV class recently won a student music video contest hosted by the Cuban hip-hop/funk group "Cimafunk." Six different schools across the nation were named as winners, with Sidney High School being the smallest school to earn the honor.

For their prize, Sidney students received a video chat call via Zoom on their big screen TV in the classroom with "Cimafunk". The students were able to ask questions and the musician even sang them a song acapella. The students were thrilled to learn about the culture and music of Cuba while sharing their own Montana culture with other Spanish students across America. "Cimafunk" is a world-renowned musician, with upcoming concerts in the US, South America, and all across Europe.