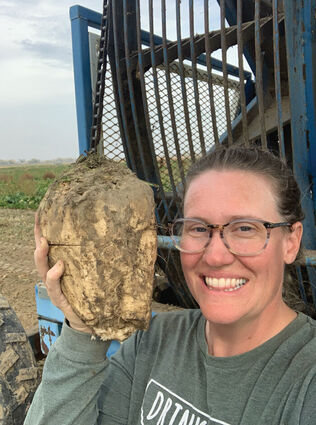 Sarah Rachor, Sidney, is helping advocate for agriculture at both the state and national level.

She recently attended the 120th Anniversary National Farmers Union Convention Denver, CO, providing a voice for farmers by serving as a delegate for Montana Farmers Union and serving as Policy Committee chair.

Over the course of the coming year, these five special orders of business will guide the organization's government affairs priorities.

For over six years, Rachor has been involved with the Montana Farmers Union organization and has been actively involved on the national level for three years.

Before her involvement, Rachor spent 15 years traveling around the country as a wedding photographer.

After her daughter was born, she decided to return to her roots and help her father operate a 600-acre irrigated farm in Sidney.

"Being gone gave me a bigger appreciation for the ag industry as a whole, and what we do to not only make a livelihood, but to feed people in our country and around the world."

As a fourth-generation farmer, she raises sugar beets, wheat, soybeans, and alfalfa, and is experimenting with hops. As she rediscovered her passion for agriculture, she decided to become involved with Montana Farmers Union.

"I wanted to support agriculture and provide a voice for farmers at the state level and in Washington, D.C.," she said. "A lot of people complain about how things are run in the state and in Washington, D.C. and I saw this as an opportunity to get involved with an organization that speaks directly to our state and our national legislative bodies. A lot of what we do is just educating them about what farmers and ranchers do because there is so much misinformation out there."

Rachor is on the state board of directors for Montana's Farmers Union and is an active member of the National Farmers Union organization, where she speaks with legislators on ag related issues.

"We fly into DC every year in September and have a few of our members from around the country talk to brand new legislators. This way they have a farmer they can connect with and get questions answered and help them understand farm issues."

Rachor explained that this helps legislators make decisions on something that they may not have seen in their district before.

At the state level, Rachor would like to see a bigger push for regional processing. 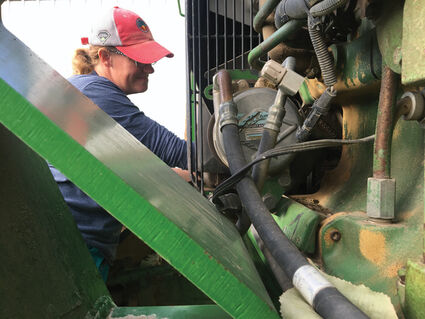 She would also like to see more people get involved with Farmers Union organizations.

"There is always a need for more people to be involved and for more voices to be heard," she said. "There is so much misinformation out there. We need as many voices as possible to help educate consumers on where their food comes from."

For more information on Montana's Farmers Union and steps on how to get involved, visit https://montanafarmersunion.com.