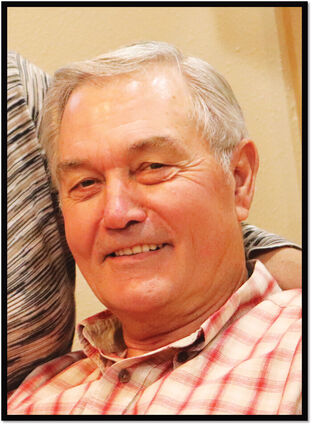 Funeral services for David L. Nygaard, 73, Sidney, MT were held at 2 p.m., Friday, May 27, 2022, at Pella Lutheran Church, Sidney, MT with Pastor Tim O'Shields officiating. Interment with Military Honors by the Montana Honor Guard and the V.F.W. Post #4099 was in the Sidney Cemetery, Sidney, MT under the care of the Fulkerson-Stevenson Funeral Home, Sidney, MT. Visitation was 10 a.m.-6 p.m., Thursday, May 26, 2022 and 10 a.m.-noon, Friday, May 27, 2022, at the funeral home and one hour before services at the church. Remembrances, condolences and pictures may be shared with the family at http://www.fulkersons.com.

David Lane Nygaard, age 73, Sidney, MT went to be with the Lord on May 20, 2022, peacefully, and surrounded by his family. David was born in Crosby, ND on April 9, 1949 to Duane and Helen Nygaard. He attended school in Columbus, ND and later in Sidney, MT where he graduated.

In 1969, David enlisted in the United States Army. He was in the Army from 1969-1974. After being honorably discharged, he went to work for the United States Postal Service where he retired after 36 years of service.

Shortly after retirement, David started working at Reynolds Market. He enjoyed socializing with anyone, and everyone. He loved to hunt, fish, go to garage sales, and thrift stores, he loved collecting anything and everything. David also enjoyed playing cards, singing karaoke, spending time with family, camping at Medora, ND, and all the activities that his grandchildren were involved in. He loved to sing "You Are My Sunshine" to his grandchildren and great-grandchildren.

David is preceded in death by; his parents, Duane and Helen Nygaard, and twin granddaughters, Megan & Madison Nygaard.