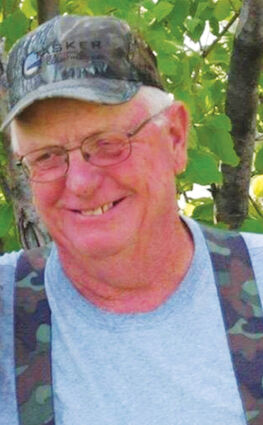 Funeral services for Gary W. Buckley, 74 of Sidney were held at 2 p.m., Thursday, May 26, 2022, at Shepherd of the Valley Lutheran Church, Sidney, MT with Pastor David Huskamp officiating. Fulkerson-Stevenson Funeral Home, Sidney, MT is caring for the family. Remembrances, condolences and pictures may be shared with the family at http://www.fulkersons.com.

Gary was born on Sept. 9, 1947 to William and Jackie (Lyon) Buckley, Williston, ND. Gary attended grade school at Norgard Elementary and Dorn. He then went on to attend Culbertson High School. In 1965, at the age of 18, Gary joined the National Guard where he served for 6 years.

After returning from the guards, he worked for various farmers before finding a career in the oilfield working for R.H. Gifford. From there he did winter work at the sugar factory and had a long career with Penzoil/Choctaw. He then worked a few short years at Harper's fuel station. Gary also worked many good years at Franz Construction. In his later years he worked for Real Trucking. In his retirement years he worked at Metz Fuel where he enjoyed visiting, fueling up customer vehicles and was the best window washer around.

Gary was the father to three children, Bill, Missy, and Becky who were all born and raised in the Sidney area. In 2008 Gary married Linda (Miller) Buckley and he became the stepfather to her three children Kim, Kelly, and David.

Gary was always so proud of his grandchildren and enjoyed going to every event he could attend. He also enjoyed fishing, hunting, junking, auctions, and more junking. He was a member of the Moose and The Rocky Mountain Elk Foundation.

After battling colon cancer and many treatments Gary passed away Sunday May 22, 2022 in the comfort of his home with his loving wife by his side.

On behalf of Gary's family they would like to extend their deepest gratitude to Martha Nugent and Thy Neighbor LLC for her endless hours of hospice care. In honor of Gary, donations can be made to Martha for the hospice house project, Martha Nugent, 713 2nd St NE, Sidney, MT 59270.