Taylor Honored as Sidney Kiwanis Athlete of the Year 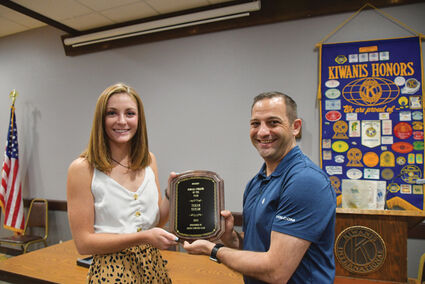 Fairview High School graduate Teigan Taylor was awarded the Sidney Kiwanis Club Athlete of the Year on June 23 at the Sidney Elks Club. The award was presented to Taylor (left) by Jody Wells (right) The Roundup, the sponsor of the award. Taylor competed in volleyball, track and basketball in high school. She was state champion in pole vault her junior year among many other honors during her high school career. Taylor has signed with UND where she will pursue her Doctorate in physical therapy.