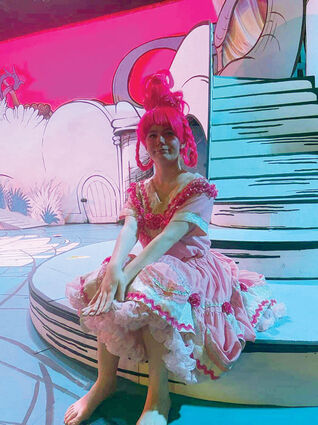 Celebrating its 53rd season the Fort Peck Summer Theatre has been graced by local talent Brooke Watson for the second year in a row. Watson, a 16-year-old Sidney High School student, played the role of Cindy Lou Who in this summer's super fun production of "Seussical the Musical". Last summer Watson acted in the junior version of "Godspell". She says she's always had an interest in performing. Starting at the tender age of five she has performed in numerous school and community productions including the Missoula children's program. Living in Sidney meant a lot of driving, not only for the shows every weekend but up to five times a week for rehearsals. In spite of all the miles Watson says she plans on returning to the Fort Peck stage again next summer.