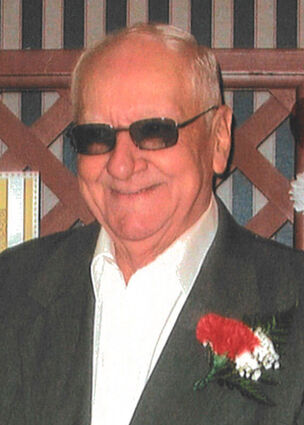 A. "Coon" Simard was born on December 9, 1932, to Samuel and Gertrude (Dotson) Simard in Sidney, MT. Coon joined eight siblings: three brothers and five sisters. He grew up on the family farm, where he milked cows, which he hated, and raised sugar beets, which he loved.

He married Martha Scott on February 13, 1959, and together they raised four children. As their family grew, the three boys worked alongside their dad raising sugar beets until the family sold their farm in 2001.

Coon loved hunting and fishing and always knew the best spot to catch the biggest fish. When he was in his forties, he'd often go hunting. Sometimes the animals weren't quite dead – once, a couple of rabbits escaped from the trunk, almost frozen but they got away!

A. "Coon" Garrison Simard passed away at his home surrounded by his family in Sidney, MT on Tuesday, September 27, 2022.

Coon is survived by: his wife of 63 years, Martha Simard; three sons, Samuel (Susan), Joseph (Kerri), and Brent; one daughter, Tracy (Billy); seven grandchildren, and 10 great grandchildren with two more on the way.

He is preceded in death by: his parents, Samuel and Gertrude; infant son, Scott; five sisters, Audrey, Sis, Corrine, Verona, and Melba; three brothers, Bobby, Bud and Edsel; his parents-in-law, and brother- and sister-in-law.