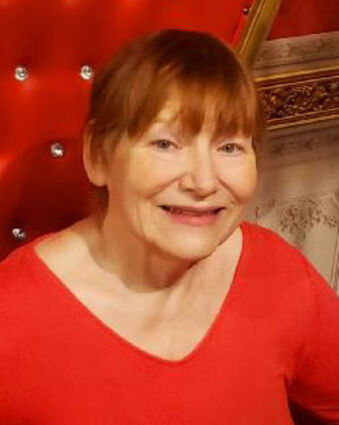 Celebration of life for Anita Heringer, 61 of Lambert, MT is at 2:00 P.M., Sunday, October 23, 2022, at the Christian & Missionary Alliance Church in Lambert, MT with Pastor Dennis Gugger officiating. Interment will be in the Lambert Community Cemetery, Lambert, MT under the care of the Fulkerson-Stevenson Funeral Home of Sidney. Remembrances, condolences, and pictures may be shared with the family at http://www.fulkersons.com. Donations in Anita's honor may be made to the following charities dear to her heart: Eastern Montana Bible Camp http://embcamp.org and Youth With A Mission Costa Rica https://ywamsanjose.kindful.com then select Joan Simara.

Anita Ortloff Heringer was born to Bernard and Janet Ortloff on December 21, 1960 in Williston, ND. She attended Stony Creek Elementary School in Williston and then moved to Lambert, MT where she graduated in 1979. She was gifted with a strong work ethic, sharp wit, brutal honesty, and a servant spirit from a young age. At 6-years old, she invited the Lord Jesus Christ to be her Savior and Lord. She was later baptized with her son and daughter in the company of beloved friends at the C&MA Church in Lambert.

After a lengthy friendship, she married Sheldon Heringer, accepting his bold first date proposal. Pastor Bob Meehan and the Lord officially tied the knot on Sept 14, 1979 in Sidney, MT with the proclamation that their marriage would be filled with testing, but in the trials there would come great blessings.

After the birth of her two children in 1983 and 1984 she took up running the family grocery store in Lambert and being the neighborhood "Mom".

She was a very strong woman and sacrificially took on the role of providing hospice care for her father and then later for her mother-in-law until their passing. In 2021 she was diagnosed with metastatic endometrial cancer and moved to Texas to stay with her daughter for treatment at MD Anderson and Texoma Oriental Medicine. She was able to battle valiantly with the assistance of her wonderful health care team. She had a special fondness for her cotenants in Texas and was able to prolong her time while being surrounded by love, laughter, and the delicious meals Alex prepared specially for her.

She was a beloved daughter, sister of 3 brothers, loving wife for 43 years, mother of 2, grandmother of 2, designated "Auntie" to her extended family, and a sister in Christ to her community. She loved going for quiet walks in the countryside. She took pleasure in learning and listening to Christian radio programs. She enjoyed browsing Pinterest for prepping ideas and recipes. Anita was exceptionally creative coming up with material for her children's ministry and was always up for adventure. She was wonderful with children and fur-babies, had a quirky sense of humor, was a great encourager, a patient teacher, a crack shot with a rifle, and a prayer warrior.

Sadly, in her immunocompromised state she succumbed to hypoxia related complications. Anita went to be with the Lord on October 16, 2022 surrounded by family and loved ones and listening to worship music.

Anita is survived by her Husband: Sheldon Heringer, Son: Matthew Heringer, Daughter: Sarah Heringer, Brothers: Martin Ortloff and Tom Ortloff, and two grandchildren as well as a large extended family. Anita was preceded in death by her parents Bernard and Janet Ortloff and her younger brother Leon Ortloff and her cherished dog Prince.