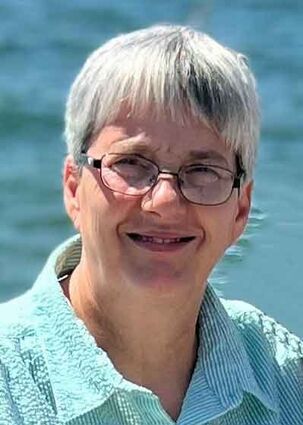 Mary met her spouse, Jerry Buske, at the Richland County Fair in 1980. On September 4, 1981, Jerry Buske and Mary Denise Prevost were married. Shortly after being married, Mary and Jerry were blessed with their first child - Scott P. Buske. Two years later, Mary had her second child - Matt W. Buske.

In 1986, Jerry, Mary, and their two children, Scott and Matt, moved to Miles City, Montana so Jerry could pursue further education. Jerry joined the military in 1987 and Mary, along with their two children, moved back to Sidney. In December of that year, Mary's father Paul Prevost passed away suddenly of a heart attack. The next year, Mary and her children moved to Darmstadt, Germany to be with Jerry at his overseas duty station. In 1989, Jerry and Mary were blessed with a third (and much less handsome) son: Gregory T. Buske. This blessing was short lived, as only a month later on April 9, 1989, Mary's mother, Lucile Prevost, passed away. Mary found a way to get her family back to the United States and be with family in Montana until 1990 when she and her kids moved to Ft. Lewis, Washington for her husband's next duty station.

Jerry was deployed to Iraq for Operation Desert Storm in 1991, so Mary moved her family back to Sidney. After Jerry came back from Desert Storm in 1992, the Buske family returned to Ft. Lewis, Washington, until Jerry was reassigned to Ft. Carson, Colorado in 1994. Mary and their three children relocated down there. By 1995, Mary and Jerry decided it was best to be done with the military, so Jerry was honorably discharged and their family moved back to Sidney.

Upon returning to Sidney, Mary found work at Video Hot Spot, which eventually lead into her professional career that she cherished very much – being the bookkeeper at Pacific Steel and Recycling. Mary came to acknowledge her crew as a second family. She was very proud of her job as it allowed her to purchase her own home that she lived out the rest of her life in.

From 1995 to 2008, while busy providing for her family, Mary was also able to enjoy her family and be part of the many activities and accomplishments they shared, such as her sister Deb Prevost coaching girl's basketball, her brother Greg Prevost taking over and running the farm, her sister Paula graduating college and becoming a CPA, her sister Jeanette's advancement in her career at Eastern Washington University, and many more.

Mary was able to enjoy her children Scott and Matt graduating high school in 2000 and 2002 and moving onto military careers. In 2008, Mary's son Greg finished school as well and started his career.

In 2016, an unfortunate tragic event caused Mary's son Scott to end his life. Through her kind soul and resiliency, she managed to be her family's glue. Life for Mary and her family continued on, with Mary focused on enjoying her grandkids many activities as well as supporting her struggling family members like her brother Tom Prevost and her sister Diane (Prevost) Beck who faced illness around this time. Mary eventually found her final rest shortly after making one last holiday season special for her family.

Mary was without a doubt a joyful, humble shepherd, and a manager of people. She could make the ordinary always seem special and could always find the good, even in some of the worst things. Mary had a genuine soul that was immediately felt the moment you got to know her. Mary just had a natural nurturing way about her, and her presence was always calming.

Mary passed away peacefully Friday morning, January 6, 2023, at her home in Sidney Montana. She will forever be loved and missed.

Mary was preceded in death by her parents, Paul and Lucy Prevost; her sister, Paula, and Paula's spouse, Pat Sheridan; her brother in-law, Bart Beck; and her son, Scott Buske.