CHS To Re-Route Pipeline Between Sidney, MT And Minot, ND 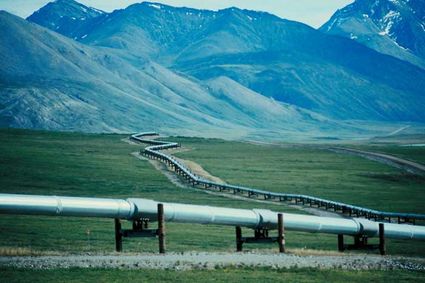 Changes in petroleum infrastructure are a common sight in the Bakken oilfield, especially as technological advancements gradually improve. One such example is the decision by CHS – the parent company of Cenex – to re-route the pipeline between Sidney, Montana and Minot, North Dakota.

Cenex is the name of the company's regional cooperative and its energy division, which started in 1929 as the North Pacific Grain Growers, Inc. and later as the Farmers Union Central Exchange, which was created as a combination of 60 local agricultural cooperatives. It began to trade in energy production in 1943 by purchasing an oil refinery in Laurel, Montana and a large stake in the National Cooperative Refinery Association in Kansas. Today, the large company is best known for their convenience stores across the nation, giving back more than $600 million annually to their members. Part of their overall economic strategy affects our local economy, as they are one of many producers that have a stake in local energy production.

Part of that continuing investment in the Bakken, in their latest effort to ensure a reliable supply of gasoline and diesel for consumers, is a plan to replace the 8-inch segment of line that currently exists – stretching from Sidney to Minot – with a 10-inch pipeline that the company calls "state of the art."

The project is expected take about 18 months to complete, and has finished the prerequisites of contacting affected landowners and completing environmental resource studies. The company still lacks easement agreements along about 22 percent of the pipeline, but they are confident they'll finish that process soon. If they cannot reach agreements with land-owners, then using the process known as 'eminent domain' is a possibility. CHS is now approaching state, federal and tribal agencies to complete the permitting process.

According to CHS, the pipeline needs replaced because their refinery in Laurel has increased its production due to higher demand for refined petroleum. The current 8-inch pipeline is not meeting that need, and so they are re-routing the pipeline as well as making it larger. Currently, the pipeline crosses the Yellowstone River near Sidney and then runs east toward Minot. After the changes, the pipeline will run north from Sidney and then cross the Missouri River, then east to Minot after passing north of Williston. The company hopes that this route will reduce construction in environmentally sensitive areas and reduce certain engineering challenges.

There is certain environmental pressure on pipeline companies when they desire to put a line beneath a waterway, like what was seen in the Dakota Access Pipeline construction and its subsequent protests. CHS claims that moving petroleum through the pipeline is ultimately safer than increasing highway and rail traffic, which would be necessary to transport the commodity.

To ease environmental fears, CHS claims that the pipeline will be continuously monitored for leaks through computerized computational monitoring systems, which measure flow rates and pressures. If there is a drop in pressure, controllers can shut down the pipeline immediately. This is the last such change or replacement that should ever be needed in this particular area, because the expected lifetime of the pipeline should span for many, many years.

If landowners or others have questions about the pipeline project and how it may affect them personally, they are welcome to contact CHS at [email protected]