Confluence of Creativity Coming to the MDHC 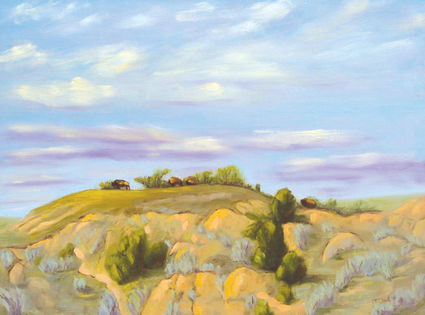 "On The Ridge" by Daphne Clark.

Local artists Trish Stevenson and Afton Ray have gathered a treasure trove of local and regional artists to the "Confluence of Creativity" at the MonDak Heritage Center in Sidney. The show, which runs June 4 through July 27, will feature about 14 different artists including painters, a book illustrator, a glass artist and more, plus musical acts. An opening reception will be held on Friday, June 7.

Daphne Clark, daughter of Darwin and Dorothy Johnson, was born and raised in rural North Dakota only three miles from the Montana border. Her grandparents had a ranch 10 miles from her childhood home. She spent much of her adolescence at their ranch; chasing cows, building fences, milking cows and helping check for spring calves.

Daphne received a bachelor's degree in biology in 2003 and has spent time since then working as an Environmental Health Practitioner working to protect the area where she was raised. Over the years, she has watched the ranching life in North Dakota and Montana disappear. 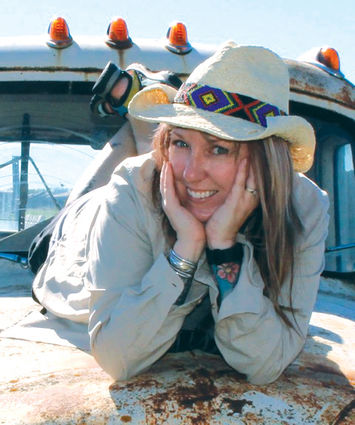 In 2010, Daphne was drawn to start painting when a friend introduced her to oil paint as a medium. It was then she discovered she could easily spend hours mixing colors and manipulating paint on the canvas with different brushes, strokes and the pallet knife. The fluidity and versatility of this new medium had Daphne hooked, yet she craved feedback to further her skill set. In 2012, Daphne enrolled at the Academy of Art University to pursue a Master's in Fine Art. She selected AAU because of their philosophy anyone can create art if they are willing to put in the work. It was a natural fit to bring together her background and love for the MonDak region and the outdoors into her painting. There was a story in these rural areas just waiting to be told to the rest of the world and Daphne wants to tell that story.