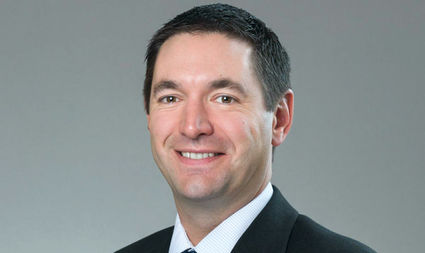 Austin Knudsen, a resident of Culbertson, Montana, a former speaker of the Montana House of Representatives and fifth generation Montanan is running for state Attorney General. The Roundup spoke with Knudsen about his ambition for the office and why he feels that he's the best candidate for the job.

Knudsen, who is currently the Roosevelt County Attorney, told the Roundup, "I'm running for office because Christie and I have given it lots of thought and lots of prayer, and we're looking at the people who have filed to run and frankly, I think I'm a better candidate than either of the Democrats or the other Republican."

"I'm a real Montanan," Knudsen continued. "I have real-world legal experience. You're the chief law enforcement official in that position, and your job is to uphold the law. I feel like someone in that office should have some experience in the law. I'm ten years private practice, I'm prosecuting crimes right now, dealing with law enforcement, dealing the federal drug taskforces, I'm seeing first-hand the epidemic that meth has brought into our state and that's why I want to get in."

Knudsen also talked about what he would do differently from the current Attorney General.

"First of all," Knudsen said, "I do not believe the current Attorney General has done enough to combat the meth problem in Montana. Ninety percent of the crimes I deal with or are prosecuted are meth-related. This is Mexican meth. Very little of the meth I've seen in Montana is cooked here because it's too low quality. Most of the meth we deal with is very pure, very high-quality, and is being shipped up here by the cartels."

He continued, "I do not believe our current Attorney General has done enough to deal with it. Rural counties are not receiving the help they need."

Knudsen also said that should he win the office he'll do more to be involved in federal lawsuits regarding Constitutional issues.

When asked for examples, Knudsen said, "For example, the city of Missoula is trying to regulate firearms at a local level and state law says clearly they cannot do that. Attorney General Fox got into that fight and they lost. I feel they should have been more aggressive in that, and frankly I had to drag them into that fight."

Knudsen told the Roundup, "They've gotten involved in other lawsuits I feel they shouldn't have. They've joined with several other states' Democrat Attorneys General in a lawsuit to uphold Obama Care. Obviously as a conservative, I have a problem with that."

Knudsen explained that the Attorney General's job is to uphold state law, whether or not the Governor is of the same party.

"What I've seen, with my legislative experience, the Attorney General can be a very strong leader at the legislative level. They provide guidance and expertise from the law enforcement and prosecutorial standpoint to the legislature when we're talking about moving legislation through the process. To get down to brass tax, a Republican Austin Knudsen Attorney General is going to have lots of different priorities than a Democrat governor is going to. But, hopefully that's not a problem we'll have to deal with."