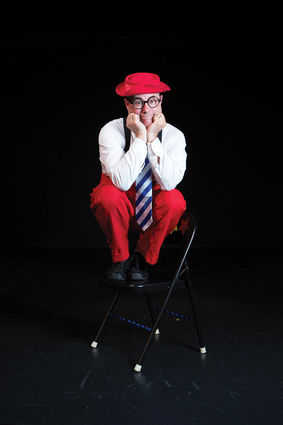 The Long X Arts Foundation's Watford City Area Concert Series is excited to announce the lineup for the 2019/2020 Concert Series, the second series for the newly formed organization that is committed to providing high quality entertainment at an affordable rate for members of the community. All concerts take place at 7 p.m. CT in the Watford City High School Theater Auditorium.

The concert series is once again teaming up with the Comedy Café, welcoming comedian, ventriloquist, musician and stand-up comedian Taylor Mason on Friday, November 15. Taylor Mason's quick wit, flawless delivery and polished material make him a hit with audiences of all ages. He has carved out a career in comedy and entertainment that has taken him around the world and into living rooms across the United States for the past 25 years. He's appeared on a myriad of television programs, YouTube videos, and other online viral videos, he has won awards, he's played Carnegie Hall, he's written a book for Penguin Publishing, and once he did a show for children at his local public library! Opening for Taylor will be America's everyday comedian, C. Willi Myles. With his stories about growing up in the south and acclimating to the cold of Minnesota Willi gives a unique spin to life's everyday challenges by applying humor! Comedy Café event serves as a fundraiser for Bakken Oil Rush Ministry, which provides one of the area's only thrift stores to help people who are struggling to provide basic needs for their families.

On Wednesday, February 19 the concert series will take you "Around the World in 80 Minutes" with the incredible vocal styling of Terry Barber. With an extraordinarily broad vocal range and natural fluency in many musical styles, countertenor Terry Barber has been featured on some of the world's most storied stages, and has worked with many of the music industry's leading figures including Chanticleer, Madonna, Jewel and Steve Smith to name a few. His program features unique arrangements by Emmy and Grammy-winning composers of some of the world's favorite melodies both classical and popular. Danny Boy, Besame Mucho, La Vie En Rose, Bridge Over Troubled Water and a medley of Andrew Lloyd Webber hits are all likely to be heard.

The concert series will close out with a high energy and collaborative performance from the R&B/Soul/Pop a cappella group, Ball in the House on Thursday, April 2. Ball in the House has been entertaining audiences of all ages for over 18 years. Taking a cappella to the next stage, the groups makes "music that'll move ya" with classics like My Girl, Stayin Alive, YMCA, Blank Space, Signed Sealed Delivered, That's The Way I Like It and many more.

"We had such huge support and energy around our first concert series, and we're excited about the lineup we've hand picked for our community, featuring acts that appeal to all ages and tastes," said Jessie Scofield, president of the concert series committee and director of the Long X Arts Foundation.

The Watford City Area Concert Series is a membership driven organization. A 2019/2020 membership grants access to four Watford City based concerts as well as reciprocity with concert series lineups in Williston, Dickinson, Crosby and Hazen. A $50 individual membership gives you the potential to enjoy up to eighteen concerts. There are a variety of membership levels to choose from. To find out more contact Jessie Scofield, Long X Arts Foundation Director at 701-770-8659 or [email protected] or visit longxarts.com/concert-series.html.

All concerts take place at 7 p.m. CT in the Watford City High School Theater Auditorium. In addition to performing for the community, each performer will be doing a program for select schools in the community during their visit.