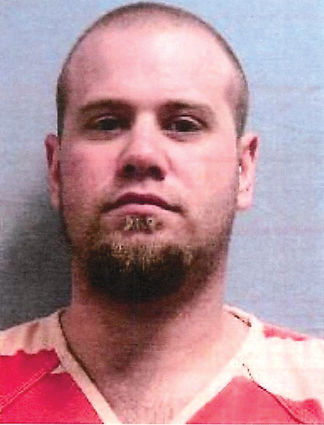 On May 7, 2019 a Bench Warrant was issued out of Montana Seventh Judicial District Court, in Richland County for the arrest of Joseph Dayton Cook for Failure to Appear for Adjudicatory Hearing set for May 6, 2019. Crimestoppers would like to remind everyone that it is a crime to knowingly harbor a person that is wanted by a law enforcement agency.

In March of 2019 Joseph Dayton Cook had been arrested in Williams County, North Dakota on a warrant of Montana Seventh Judicial District Court for Violating Conditions of his sentence. He had originally been charged with felony drug possession and intent to distribute. After being extradited to Montana, he was transported to the Richland County Jail on March 20, 2019 and on March 22, 2019, was released on a $10,000 bond by a bonding company. On May 6, 2019 he failed to appear in Montana Seventh District Court for an Adjudicatory Hearing that had been scheduled. On May 7, 2019 a Bench Warrant was issued for his arrest, with no bond listed by the Judge. Joseph Dayton Cook, who is 29 years of age, White Male, 5' 7" 200 lbs. with blue eyes and dark blonde hair. He has been known to live in the Sidney and Williston, ND area. Records show that he has lived in Montana, North Dakota, Idaho and Washington at different times. He was born in the state of Idaho. It is felt that Joseph has left the Richland County area and may have returned North Dakota or Idaho. If you know this person or where he is living contact Crimestoppers or your local law enforcement agency. This warrant can be served in Washington, Oregon, Idaho, Montana, Colorado, North Dakota, South Dakota, Wyoming and Minnesota.

If you have any information about Joseph Dayton Cook, you are urged to call CRIMESTOPPERS at 433-6666 Monday through Friday between 8 a.m. and 5 p.m., you may be eligible for a cash reward of up to $1000. You can also contact Crimestoppers in Richland County anytime (24/7) by going to our new Crimestoppers website at http://www.richlandcs.com then going to Submit a Web Tip or by texting the code "CSRC plus your message to: 274637 (CRIMES). You can also contact the Richland County Sheriff's Office at 406-433-2919 or Sidney Police Department at 406-433-2210.