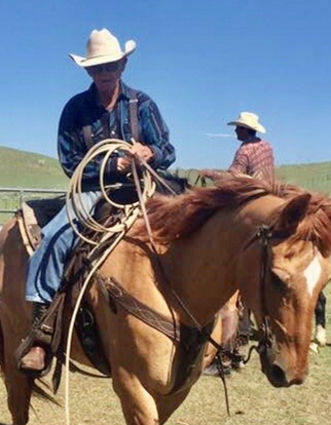 Funeral services for Wallace Hall, 96, of Sidney, MT, are at 1:00 PM (MST) Friday, November 27, 2020 at Faith Alliance Church in Sidney, MT with Pastor Paul Turek officiating. Interment will take place in the Sunnyside Cemetery near Squaw Gap, ND. Visitation will be Wednesday, November 25, 2020 from 10 a.m. to 5 p.m. and Friday from 8-11 a.m. at Fulkerson-Stevenson Memorial Chapel in Sidney under the care of the Fulkerson-Stevenson Funeral Home of Sidney. Remembrances, condolences and pictures may be shared with the family at http://www.fulkersons.com.

Edward Wallace Hall was born June 17, 1924 near Ancho, NM. He was the firstborn child of Lorena Hall (Mount) and joined LP Hall's four older children, Louise, Virgil, Edith, and Leonard. His brother, Donald, and sister, Martha Lou were born on the ranch in NM. His youth was spent on his father's ranch where he had many adventures and enjoyed life with his siblings. He was a bright student, but illnesses and ranching obligations prevented him from completing high school.

Wallace initially thought to attend Asbury College, but God had another plan. He attended God's Bible School in Ohio to complete his high school credits. Here, he met "the best thing that ever happened in my life", Glenna Lynn Green. He married her in West Virginia on August 15, 1947. They moved to Kentucky where Wallace continued his studies in religion in preparation for the ministry.

The young couple moved back to New Mexico to assist in moving LP's ranching operation to western North Dakota. After helping the family, Wallace attended college at Eastern New Mexico University. Wallace received the gift of his firstborn son, William Parker, in 1950. After graduating with a degree in History and Religious Studies, Wallace began preaching as a Methodist minister. Over the next two years he served among four communities in eastern New Mexico as a circuit preacher.

Wallace and Glenna visited Trotters, ND to celebrate Donald's marriage to Joan in 1953. While there, Wallace told LP he did not feel called to be a minister, so LP invited Wallace to ranch with the family. Wallace and Donald partnered well together on the ranch and ran a successful operation.

Wallace and Glenna had Katrinka Ann in 1954. The couple began to teach school in eastern Montana in 1956 and returned to the ranch on weekends and each spring. When there were enough students in the Trotters community to open a school, Wallace moved the family back to the ranch. The years spent on Beaver Creek were filled with joy and sorrow, abundance and loss, and memories to fill the storyteller's soul.

Even though Wallace was a career rancher, he remained active in the work of the church. He taught many Sunday school classes, joined the Gideon's, and served as a church elder. His love for God's word and thankfulness for God's grace defined his life. He performed weddings and preached when the need arose. He considered it a privilege to visit the elderly and the sick and had the ability to grieve with those in sorrow. He was compassionate to those he thought the 'underdog'.

Wallace and Donald sold their ranch in 2006 but Wallace bought another ranch near Richey, MT and continued ranching. He found great joy on the back of a good horse and never gave up his passion of caring for cattle. In fact, he rode at his branding this spring. A great way to describe Wallace - a cattleman with an affinity and weakness for horses.

Wallace was a praying man. As his eyesight failed and he could no longer read the Bible, he spent even more time in prayer. He prayed daily for the nation, for the leaders, for his children, for his grandchildren, and he prayed for his great-grandchildren by name.

Wallace went to be with his Lord and Savior, Jesus Christ, November 16, 2020. He was welcomed by Glenna, his wife of sixty-nine years. And after fifty-four years, he was also reunited with his son, Parker. Wallace had numerous friends and relatives whom he longed to see again. He is survived by his daughter, Katrinka (David), sons, Keltz (Cindy) and Karsten, ten grandchildren, and thirteen great-grandchildren.