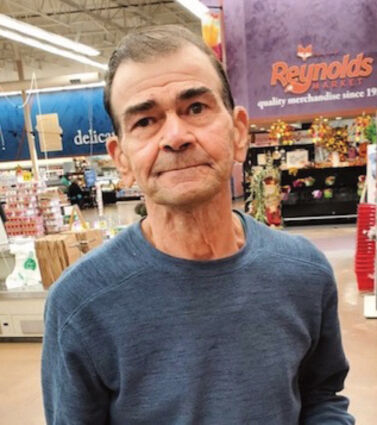 A memorial service for Milo Hansen, 69, Sidney, MT, was held at 2 p.m. (MST) Friday, Dec.11, 2020 at Carpenter's Church, Sidney, MT with Pastor Gloria Buxbaum officiating. Burial of cremated remains will take place in Sidney Cemetery, Sidney, MT following the memorial service. Visitation was 12-6 p.m., Thursday, Dec. 10, 2020, at Fulkerson-Stevenson Memorial Chapel, Sidney, MT with a family service that started at 6 p.m. under the care of the Fulkerson-Stevenson Funeral Home, Sidney, MT. Remembrances, condolences and pictures may be shared with the family at http://www.fulkersons.com.

Milo Bruce Hansen was born May 7, 1951, Sidney, MT, to Clifford and Carolyn (Isaackson) Hansen. Milo married Evelyn Marynik on Jan. 29, 1986, and together they raised four children.

Milo's hobbies included hunting, old western movies, fishing down at the MDU Bridge with his buddy, Curtis, and looking for trailers with his pal, Jim. He loved camping and paddle fishing at Intake every summer with his brother-in-law, Steve and family. Milo would always make sure that everyone had a hot cup of coffee first thing every morning. He loved to collect random junk to see what he could make a few bucks off of, whether it was copper, or 25 bags of cans, or something that just simply caught his eye. He shared his love of fishing with his daughter Jodi, and whenever she was in town he would hook her up with all his fishing gear.

Milo and his family liked making up nicknames for each other. Milo's daughter Beckie called him "Papadopolis"; Milo called his younger daughter "Tamie Jo from Idaho" which she hated; Milo would greet his grandson Matt with, "Hi brat!"; to his son, Steve, Milo would say, "Stop playing those vityoos (video) games and go mow the lawn!"; Milo and Evelyn would always say to each other, "See ya later alligator!", "After 'while crocodile!"

Milo is proceeded in death by; his parents, Clifford and Caroline Hansen; his brothers, Butch, (Clifford) Jack, Jerome and "his best friend" Sheba Girl.