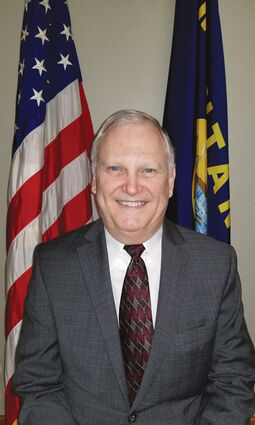 Bozeman, MT – Governor-elect Greg Gianforte has announced his appointment of Mike Foster to lead the Department of Agriculture.

"Montana farmers and ranchers drive our state's number one industry, and deserve a leader who will work tirelessly to help them capture more of the value they create," Governor-elect Gianforte said. "With a robust understanding of the challenges and opportunities faced by our producers and a strong commitment to meeting their needs, Mike Foster will serve Montana ag well."

"I am honored and humbled to serve in Governor-Elect Gianforte's administration, and look forward to working with him, Lt. Governor-Elect Juras, and the entire team. Montana farmers and ranchers work hard to feed the world, and I'm excited to be a strong voice for these Montanans at the Department of Agriculture," incoming director of agriculture Mike Foster said.

Foster has received numerous statements of support for his appointment:

Lola Raska, Montana Grain Growers Association Executive VP. "Mike Foster has proven himself to be a champion of Montana agriculture and a superb administrator during his time as executive director of the Montana Farm Service Agency, and I know he will serve our grain producers well as our next Montana Department of Agriculture director."

"Mike Foster is a fantastic pick to lead the agency that serves our state's largest industry. Mr. Foster is a proven and esteemed administrator who has earned the respect and admiration of farmers and ranchers statewide due to his responsiveness to their needs and high level of professionalism."

"We would like to thank Governor-elect Greg Gianforte for selecting Mike Foster as the new Montana Department of Agriculture director. Mr. Foster is well versed in the issues facing Montana agriculture and has shown his willingness to work with all stakeholders in the state to achieve positive results."

Foster is the first agency head appointed by Governor-elect Gianforte, who campaigned on installing new leadership and adopting a culture of customer service at state agencies.

A Townsend native, Foster spent the early part of his career as a high school teacher and coach. He represented HD-32 and SD-20 in the Montana legislature, and also served as St. Vincent Healthcare regional director of advocacy.