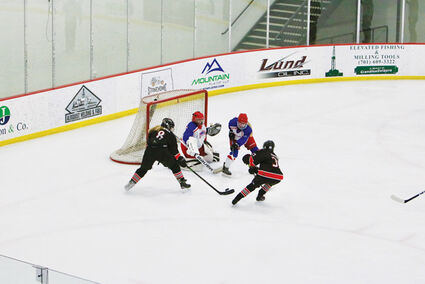 Watford City's Lanie Hall #8 and Hannah Mayes #37 team up for a shot on goal against Crosby on Saturday, Feb. 13, during the 19U Jamboree held in Watford City. The Oilers defeated Crosby 4-0 and were 2-2 on the weekend also defeating Grand Forks and recording losses against Fargo and Bottineau. (Photo by Kathy Taylor) 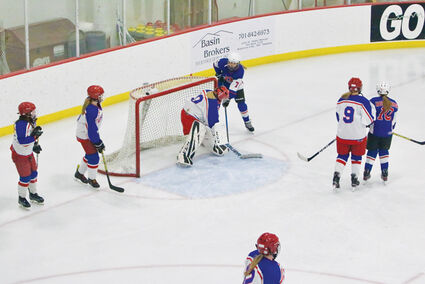