Dakota Gardener: Farms Of The Future 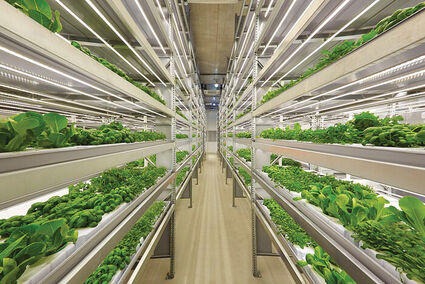 When you hear the phrase "farms of the future," what do you envision?

Drones detecting weeds and delivering the right mix of herbicide? Robots driving tractors in large soybean fields? While precision ag and automation in agronomic fields are one vision of the future, indoor vertical farms growing fresh vegetables in the city are another.

Vertical farms produce fresh leafy greens and herbs in indoor environments for sale within a local urban area. The first generation of vertical farms built state-of-the-art greenhouses on the roofs of warehouses and factories in cities to utilize wasted space and to capture the power of the sun.

As an example, Gotham Greens built a 75,000-square-foot greenhouse in Chicago, Ill., on top of the Method Products manufacturing plant. This greenhouse produces millions of heads of lettuce for the Chicago market.

In Brooklyn, NY, Gotham Greens greatly reduced its transportation costs by building its greenhouse on the roof of an organic grocery story. In its nine greenhouses totaling 500,000 square feet, the company can grow the same amount as a traditional 400-acre vegetable farm and only use -10 of the water of field production.

Second-generation vertical farms no longer use greenhouses because their horizontal footprint is too big and expensive for urban centers. New vertical farms are multi-story indoor plant factories with no windows or exposure to sunlight.

Instead, plants are grown in a multi-level shelving system with LED lights mounted above each shelf. They use soil-less systems that bathe plant root systems in a water solution or a mist that contains essential nutrients.

Third-generation vertical farms will improve on land-use efficiency by installing vertical columns of plants rather than using horizontal shelving to maximize space.

As you can imagine, enclosed vertical farms require a substantial amount of energy for lighting, heating and cooling, compared with a traditional farm. Why are we transitioning to such an energy-intensive mode of production when traditional field production is powered by the sun?

First, urban consumers desire fresh local produce and will pay a premium for it. Lettuce and greens grown in a vertical farm can reach the consumer within a day or two after harvest, thereby preserving peak flavor and nutrient levels, compared with produce that has been trucked in a refrigerated trailer across the country. 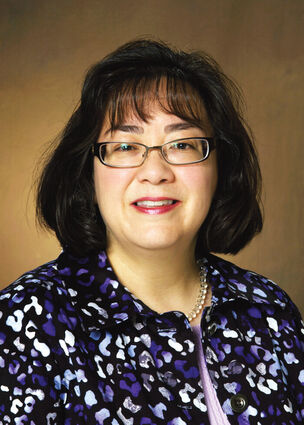 Indoor production of leafy greens is seen as a safer method to produce vegetables that are consumed raw. Foodborne outbreaks such as E. coli in the last few years have resulted in major recalls of outdoor grown lettuce and greens. Although not every outbreak was traced to a source, the potential exists for the contamination of field crops by feral animals as well as dust and runoff from cattle operations in those areas.

Finally, the future of vertical farms is bright because we need to significantly increase the amount of food grown to feed a population of 9 billion people by 2050. The planet does not have unlimited arable land to feed the world. Planning for land use efficiency and proximity to population centers will help provide the food security that the world needs.

For more information about gardening, contact your local NDSU Extension agent. Find the Extension office for your county at https://www.ag.ndsu.edu/extension/directory/counties.