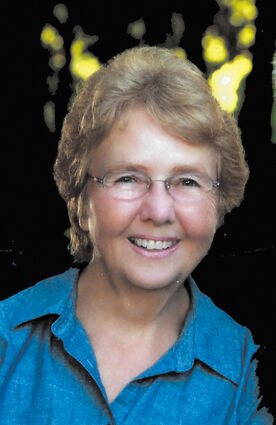 Patricia Martha (Eastman) Hartle, born on May 26, 1938, to Henry and Myrtal Eastman, passed away early in the morning on June 22, 2021 at Riverstone Hospice House, Billings, MT. She is preceded in death by her parents and 12 of her 13 siblings. She is survived by Roy, her husband of almost 64 years; their 5 children and their spouses, Wade and Daniela Hartle, Dana Hartle, Tamara and Craig Dozier, Wendy and Jeff Hodges, and Shanna Hartle; multiple grandchildren and great-grandchildren; and her brother Marion Eastman, Sun City West, AZ.

Born in Glasgow, MT and raised in Nashua, MT, Pat was swept off her feet by her future husband Roy in a whirlwind romance of 7 dates. Ending up in Sidney, MT, the couple became avid bowlers through the years to the point of braving Montana winter roads not only to attend bowling tournaments but to bowl in weekly leagues in Glendive, MT and Williston, ND when the bowling alley in Sidney was closed for several years. They continued bowling in leagues even after moving to Billings later in life. Over her years bowling, Pat was able to achieve multiple 600 series and received a lifetime membership in the Montana 600 Club before illness made it painful then impossible to bowl.

Pat made sure her children learned to swim and encouraged their participation in the Sidney Swim Club of which she was a strong supporter, driving not just her kids but others to swim meets and tournaments across the region on weekends every summer. She spent many hours working at the swim club sponsor booth to raise money for the club and supported the team as they won 17 consecutive state championships for the Montana AAU Outdoor Swim.

Pat and Roy enjoyed the companionship of several dogs and cats throughout the years. We believe she would prefer to see donations made to local animal shelters/adoption services in lieu of flowers as there are no services/interment planned at this time.

Per her wishes Pat will be cremated without services.