Baxter To Compete In National Tae Kwon Do Tournament Aug. 5-8 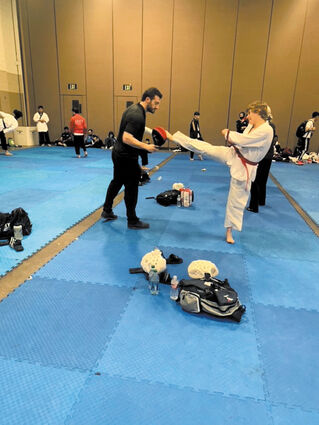 She was entered in the 12-14-year-old cadet red belt heavyweight division in Fort Worth, but she was the only entrant in that division so she chose to fight an exhibition match with a light heavyweight. She won the match 21-9. The sparring division goes by age, weight and rank (red belt).

She also won third at nationals in 2019.

Brielle has been a member of the Sidney Tendo team since she was six years old. Her father, Jerrold, is a 3rd Dan and has been coaching her for the last three years. Jerrold also competed in Tae Kwon Do even into college at University of Montana. 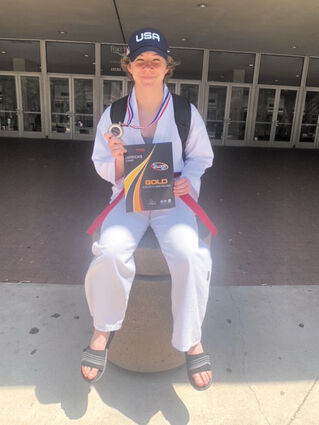 Baxter qualified in the Central Prix tournament in Fort Worth, TX.

Brielle has also been fortunate enough to to have former Olympian, Steve Lambdin assisting her. Jerrold met Lambdin about five years ago through a connection of his from the university who got Lambdin to do a seminar in Missoula which the Baxters attended. Lambdin just happened to be in attendance at the Fort Worth tournament and was in Brielle's corner at the match.

"It's been fun watching her compete at her age. She far surpasses my abilities at her age, Her workouts are intense."says Dad.