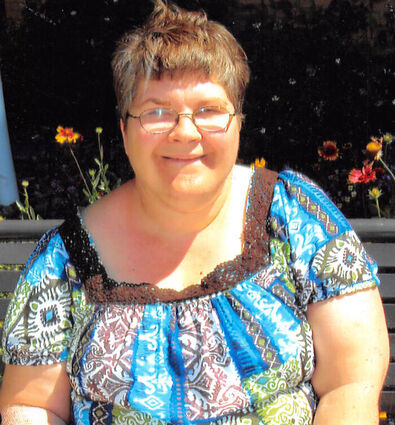 Funeral services for Cynthia Campbell, 58 of Billings, MT formerly of Fairview, MT are at 2:00 P.M., Monday, October 11, 2021, at the Fulkerson Stevenson Memorial Chapel in Sidney with Pastor Tim O'Shields officiating. Interment will be in the Richland Memorial Park Cemetery, Sidney, MT under the care of the Fulkerson-Stevenson Funeral Home in Sidney. Visitation will be on Sunday, October 10, 2021, from 12 PM to 4 PM at the funeral home. Remembrances, condolences and pictures may be shared with the family at http://www.fulkersons.com.

Cynthia "Cindy" Ellen Campbell passed away at the young age of 58 in Billings, MT, at St. Vincent Hospital on Monday, October 4, 2021.

Cindy graduated from high school in Fairview, MT. After graduating, Cindy had a life full of various health issues; I have to say she did very well at handling her disabilities.

Special Olympics were a big part of her life over several years, she gained a lot of metals, she loved to talk about them and show them off.

Watching games shows was a relaxing thing for her. While living with Terry and Kathy, She would tease Terry while he was trying to change the channel. He eventually gave in and went to the basement to a different TV. She also loved playing card games, her favorite being Skip-Bo, she rarely lost, and dominos was also a fun game for her.

Kathy would send her pizza, cake, and yes, red roses with no baby's breath, for her birthdays. She would get very excited about that one special day for her. Kathy would take Cindy for supper when she was in Billings to visit Cindy. Kathy took Cindy to Rib & Chop one time, Cindy told her, "Taco Johns is way better!"

At Christmas time, she would love all the presents, but especially angels, and yes, Christmas sweaters. I think she had a different one for the first two weeks of December. She also liked to dress up for Halloween and St. Patrick's Day.

Cindy is survived by; her mother, Carrie Fischer; her sister, Kathy (Terry) Gaffield; her brother, Jim (Shelly) Campbell; a lot of nieces and nephews, and numerous great nieces and great nephews.

Cindy is enjoying spending her time in Heaven with; her father, Ben Campbell; oldest brother, Dale Campbell; her nephew, Darren Campbell; and her grandparents, Am and Ida Campbell, and John and Martha McGinnis.