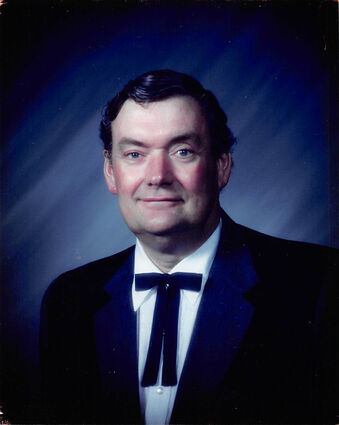 Funeral services for Roger O. Kimble, 79 of Sidney are at 2:00 P.M., Saturday, October 9, 2021, at the Ebenezer Congregational Church in Sidney with Pastor David Meehan officiating. Interment will be in the Richland Memorial Park Cemetery, Sidney, MT under the care of the Fulkerson-Stevenson Funeral Home in Sidney. Visitation will be on Friday, October 8, 2021, from 10 AM to 4 PM at the funeral home and one hour before service at the church. Remembrances, condolences and pictures may be shared with the family at http://www.fulkersons.com.

Roger O. Kimble was born on April 5, 1942, Osborne, KS to Olin and Margaret (Kuiken) Kimble. He grew up and attended school in Kansas. As a young man Roger moved from Kansas to North Dakota following wheat harvest. He stayed in Bismarck and started working for the railroad and worked his way up to be a Gandy Dancer for the railroad. He later moved to Billings, MT where he worked for the Good Year Company. While living in Billings, Roger met Linda Candee while she was attending college. They moved to Kansas and were united in marriage. Following the marriage they moved to Sidney, MT where they raised their family. They had two children, Colene and Brian. While in Sidney, Roger started his own construction company, called Roger's Construction. Roger remodeled and built many homes in the Sidney area. They also had a ceramic business in their home. His wife, Linda passed away and Roger remained in Sidney. On August 11, 1995, Roger was married to Rae Jean Olson, in Sidney, MT. Following the marriage they remained in Sidney.

Roger was a member of the Ebenezer Congregational Church, Sidney and the Republican Party, and the JC's. His greatest joy was spending time with his blended family. Roger especially loved spending time with his grandchildren. He also loved following NASCAR, Fox News and politics. Roger also enjoyed building things out of wood.

Roger passed away on Monday, October 4, 2021, at the Sidney Health Center Extended Care.