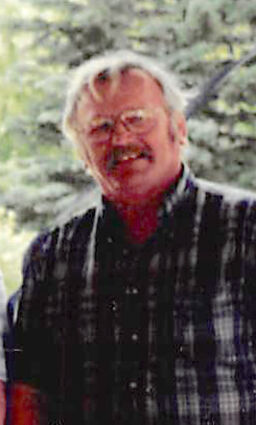 Funeral services for David R. Moe, 70 of Fairview, MT formerly of Tioga, ND are at 11:00 A.M., (CDT), Saturday, November 6, 2021, at the Fulkerson-Stevenson Memorial Chapel in Tioga, with Pastor Michael Burns, 1st Lutheran Church in Tioga officiating. Interment will be in the Zion Cemetery, Tioga, ND under the care of the Fulkerson-Stevenson Funeral Home of Tioga and Sidney. Visitation will be Friday, November 5, 2021, from 11 AM (CDT) to 6 PM (CDT) at Fulkerson-Stevenson Funeral Home in Tioga. Remembrances, condolences and pictures may be shared with the family at http://www.fulkersons.com.

David Russell Moe was born February 28, 1951 to Russell and Annie Moe, at his family home in Tioga, North Dakota. His father delivered him, because they could not get to the hospital in time. David was baptized at the First Lutheran Church in Tioga. He attended his first year of School in Plentywood, MT and New Town, ND. During second grade the family moved back to Tioga, where he continued his education. When David was 16, he decided to drop out of school, and was sent to live with his sister Darlene, and her husband James Huwe, to finish out his junior year in New Town, ND. He then moved back to Tioga and graduated in 1970 with his friends and classmates.

David met and married Jamie Metcalf in April of 1972. Sons Lance and Dustin were added to the family. They later divorced, but remained friends.

David moved to Sidney, MT where he worked for Bowman Trucking, later known as Diamond B. In 2014 David retired and moved to Fairview, MT. David passed away at his home on October 27, 2021