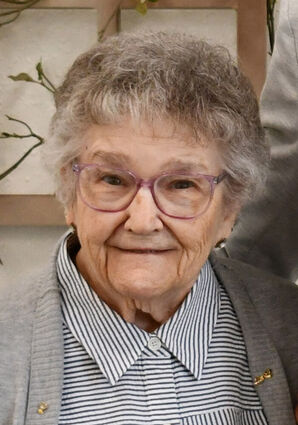 Mass of the Christian Burial for Clara L. Mastvelten, 80 of Savage, MT is at 10:00 A.M., Monday, November 15, 2021, at St. Matthew's Catholic Church, Sidney, MT with Father Callistus "Cally" Igwenagu as presider. Interment will be in the Riverview Cemetery, Savage, MT under the care of the Fulkerson-Stevenson Funeral Home of Sidney. Visitation will be on Sunday, November 14, 2021, from 11 AM to 3:30 PM, at the funeral home and one hour before mass at the church. Remembrances, condolences and pictures may be shared with the family at http://www.fulkersons.com.

During her junior year of high school, she met the love of her life, Don Mastvelten on a blind date and they were married on September 12, 1959. They welcomed three beautiful children Dona, Shelly, and Randy and from that moment on their home was happy, full, and busy. Don and Clara welcomed many kids into their home with an open door and an available bed if needed, they truly believed "there was always room for one more." She was a blessing to her family and friends.

Clara joined the angels on November 10, 2021. She will be greatly missed by the entire community of Savage, but especially by the hearts and lives that she touched.