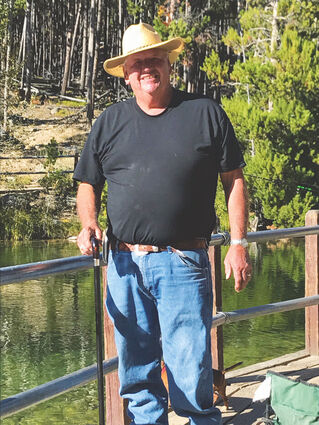 Larry William Reidle was born on May 21, 1947 in Sidney, MT. He was the middle son to William (Bill) Reidle and Irene (Eckart) Reidle.

Larry grew up farming alongside his father north of Fairview in Nohly, MT. He was a natural born farmer; it was in his blood and it was what he loved. Larry later joined the National Guard and spent years serving his country.

Red International tractors were his first love, until he laid his eyes on Nina Petersen in 1965; they later married in 1968. They had a great life raising their four daughters: Laura Lee, Myra Lynn, Melanie Marie, and Kimberly Ann. Larry was an amazing husband, father, grandfather and great-grandfather. He not only took care of all of his kids and family, he took care of all of their friends as well. He could often be heard raving about all of his kids and grandkids, and he was extremely proud of every one of them and their accomplishments.

Larry owned and worked his farm north of Sidney until they sold the farm and moved to Billings to be closer to all of his daughters and grandkids. He was excited and yet nervous about being in the city; however, he enjoyed being able to go to all of his grandsons' activities and getting to know all of his new neighbors.

If you knew Larry, he was one hell of a story teller. He always had a story about growing up on the farm, camping, hunting or fishing, and his laugh was so contagious you couldn't help but smile. He enjoyed riding his 4 wheeler down the street, mowing his lawn, and was fortunate enough to drive his 1968 Thunderbird aka Mr. Slick in the Burn the Point parade.

He was preceded in death by his parents Bill & Irene Reidle, and his mother and father-in-law, Soren and Lorna Petersen.