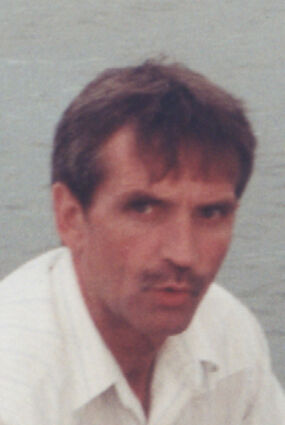 Memorial services for Myron L. Johnson, 63 of Fairview, MT are at 10:00 A.M., Saturday, December 4, 2021, at the Zion Lutheran Church in Fairview with Pastor Tim O'Shields officiating. Inurnment will be in the Fairview Cemetery, Fairview, ND. Fulkerson-Stevenson Funeral Home is caring for the family. Remembrances, condolences and pictures may be shared with the family at http://www.fulkersons.com.

Myron Leroy was born on January 5, 1958, in Williston, ND the son of Eldin and Frances (Thomas) Johnson. He grew up and attended schools in East Fairview. After school Myron started working in the oil field, starting in the worm's corner and working his way up to driller. Myron started consulting in the oil field and he flew all over the world doing consulting. Then he started doing construction and siding with his uncle. They were working in Utah when he met Patty Elquist and they were married on February 16, 1980, in Elko, NV. To this union they had three children, Brandon, Cory, and Nicole. After the marriage they lived in Morgan, UT until moving to Fairview, MT in November of 1980. In 1982, they moved back to Utah, later returning to Fairview where Myron was working on the oil rigs. Then he started again putting on siding with Dick Moore back in Utah before they moved to Missoula, MT and continued working putting on Siding. From Missoula they moved to Lebanon, OR. The Siding Company Myron was working for went out of business and they moved back to Fairview. Myron and Patty divorced in March of 1988. Myron married Doris Freeman.

He enjoyed fishing, his Monte Carlo (his vehicle of choice) and riding his TT500 Yamaha dirt bike. Myron would do long wheelies and would out run the cops on the TT500.