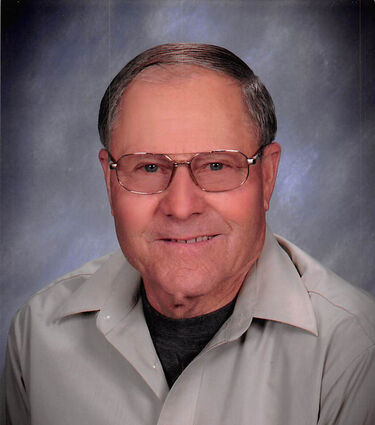 A private family service for Arthur O. Damm, 85 of Sidney was held on Thursday, December 23, 2021. Inurnment will be in the spring of 2022 in the Richland Memorial Park Cemetery, Sidney, MT under the care of the Fulkerson-Stevenson Funeral Home of Sidney. Remembrances, condolences and pictures may be shared with the family at http://www.fulkersons.com.

Arthur O. Damm was born on October 27, 1936, to William and Selma (Mick) Damm in Roosevelt County, MT. He was the oldest child of ten children. He grew up attended schools in East Fairview, ND. Arthur met Louetta Odenbach with family friends Walter and Pearl Reichenbach, which are still family friends.

Arthur was united in marriage to Louetta on January 17, 1957, in Sidney, MT. To this union they had four children, Becky, Kevin, Myron, and Brenda.

Arthur had a passion of farming, so he purchased his first farm in 1969 by Savage, MT. Arthur and Louetta worked side by side in the operation of the farm. They raised corn, wheat, barley, and sugar beets. They also raised cattle; he always had Red Herefords cattle. Arthur loved to see his crops grow, always walking out to the fields to check on their progress. One thing for sure, he always had to have his sugar beet rows perfectly in a straight line. He did an amazing job handling the farm in which he had only a eighth grade education.

He always was figuring number on a piece of paper. He always had a tape measure in his jean pocket. Arthur loved to drive the county roads on Sunday to check the crops out. For one thing if you had to move anywhere Arthur was the guy he could pack a trailer and nothing would be broken. One thing for sure, Arthur loved to go shopping either, garage sales, flea markets and he especially loved grocery shopping.

In the fall of 2000, Arthur had a heart valve replacement in which he was not able to harvest his sugar beet crop. The Savage community was wonderful and came to help out the day before harvest was to start. Arthur was very grateful person on that day in which all his friends and neighbors came out to help him.

Arthur and Louetta would travel to Yuma, AZ for the winters. They purchased a park trailer. They met lots of good people. After his wife, Louetta passed away in 2008, he continued to winter in Yuma.

After a few years, he met a favorite person, Lorraine Enos and on Lorraine's 80th birthday they had a wedding ceremony. She has been a blessing to our family. She would come up to Montana after the winter and stay in Montana for a few months. She then would travel back to Oregon once the weather was getting cold, then they would head to Yuma for the winter months. This year Arthur was not able to travel to Yuma, his health was not good. Arthur loved to talk to people there; they were no strangers to him.

Arthur passed away on Friday, December 17, 2021 at the Sidney Health Center, Sidney, MT.

He was preceded in death by: his parents; his wife Louetta; brothers, Raymond Damm and Gerald Damm.