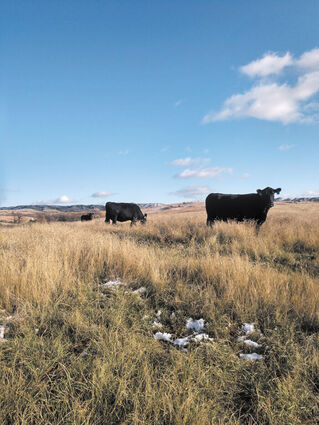 Robert "Bob" Stortz started what is now known as Stortz Angus Ranch when he returned from the Korean War in 1953. The ranch ventured into both polled and horned Herefords along with F1 crosses before ultimately landing on the Black Angus breed. Bob and his wife, Carla Jeanne, had seven children together. Their only son, Ted Stortz, now heads the Stortz Angus Ranch. Ted and his wife, Tarena, have four children; Chelsea, Robbie, Tate and Ben.

Ted bought the ranch's first registered cows in 1989 from Raaum Angus. The first Stortz Angus bulls were sold private treaty for several years. The first official Stortz Angus Ranch Annual Bull Sale was held in 1998 at the Glendive Livestock Exchange where it is still held to this day, now known as the "Performance on the Prairie" Bull Sale.

The Stortz Angus Ranch has withstood the test of time through consistent breeding and prioritized selection decisions. "We focus our efforts in making functional cattle that prosper in the rugged terrain and extreme weather that we see here in eastern Montana," commented Ted. "Disposition, mothering ability and longevity are the most important," Ted explained when describing what traits they focus on when selecting females. Stortz Angus cows are turned out on grass around the first of May. The calves are then weaned the first week of October. Both cows and calves are expected to be low maintenance – cows must be able to raise a calf on their own and calves do not see any creep feed before being weaned. 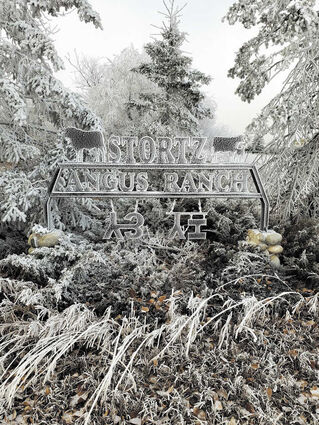 The bulls you see in the Stortz Angus Ranch Annual Bull Sale are a product of years of experience and industry knowledge. Stortz Angus strives to produce bulls with growth traits that will pay for commercial producers while still maintaining "sleep at night" birthweights. But cookie-cutter bulls are not their thing. "We like to offer a selection of bulls and genetics to our customers. We always have a group of good calving ease and maternal bulls but also offer high weaning weight, more growth bulls," Ted commented. Ted also explained they select bulls heavily on docility.

The Stortz family invites you to the 21st Annual Performance on the Prairie Bull Sale to be held February 23, 2022 at the Glendive Livestock Exchange beginning at 1p.m. You can view the bulls prior to the sale anytime at the ranch north of Lindsay or at the Beef Breeders Show, Miles City. Feel free to contact Ted at 406-584-7585 with any questions or if you would like a catalog mailed to you. You can also keep up with Stortz Angus Ranch on Facebook! Stortz Ranch wishes you Peace and Joy throughout the holiday season and the New Year!