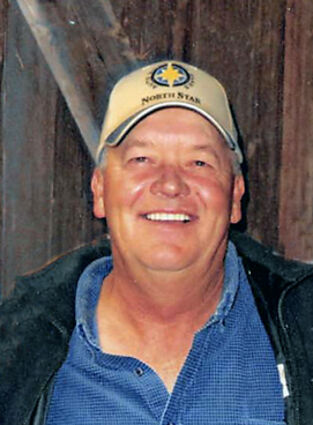 Funeral services for Dennis "Denny" Kittleson, 64, Culbertson/Fairview, MT were held at 10 A.M., Tuesday, June 28, 2022, at Zion Lutheran Church, Fairview, MT with Pastor Tim O'Shields officiating. Interment was in Sidney Cemetery, Sidney, MT under the care of the Fulkerson-Stevenson Funeral Home, Sidney, MT. Visitation was on Monday, June 27, 2022, from 10 a.m.–5 p.m. at the funeral home and one hour before service at the church. Remembrances, condolences, and pictures may be shared with the family at http://www.fulkersons.com.

Dennis "Denny" Duane Kittleson, Culbertson, MT passed away Thursday June 16, 2022, at Billings Clinic Hospital, Billings, MT with his wife and son at his side.

Dennis was born July 26, 1957, in Sidney, MT to Elroy and Ruth Kittleson. He was first born of four brothers and one sister. He grew up and worked on the family farm and ranch with his dad and brothers.

Dennis attended Nohly School for one day before attending Fairview School. After graduating high school, Denny continued to work on the family farm and started working in the oilfield with various oil companies. In 1981, Denny moved to Salt Lake City and married Cindy Dobias. While in Salt Lake City he worked on oil rigs in the mountains and one on the Great Salt Lake. In 1985, they welcomed their son, Casey, into the world. The following year they moved to Kalispell, MT where he drove truck. In 1988, they welcomed their second son, Ryan. The family moved to Billings in 1991.

Denny moved back to Fairview in 1993 and worked on the family farm and ranch. He met Kathy Thomas in 2006. They dated and were joined in marriage in 2013 and resided on the family farm and ranch. Denny always had a passion for cars, and he bought and built his many drag racing cars. He also enjoyed the great outdoors hunting, boating, and fishing. He even purchased an old school bus to haul fellow bird hunters around.