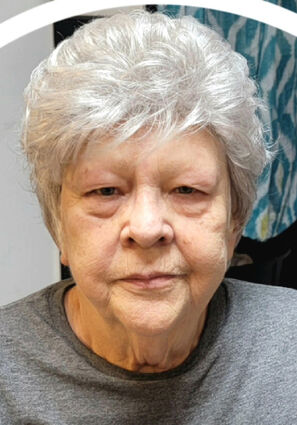 Graveside services for Barbara Andreasen, 75, Fairview, MT were held at 10 a.m., Tuesday, July 19, 2022, at Fairview Cemetery, Fairview, ND under the care of the Fulkerson-Stevenson Funeral Home, Sidney, MT. Visitation was from noon-6 p.m., Monday, July 18, 2022, at the funeral home. Remembrances, condolences, and pictures may be shared with the family at http://www.fulkersons.com.

Barbara Andreasen was born on April 26, 1947, to Sanford Ervin and Shirley (Ingram) Strickland, Bell, CA. Barbara grew up cooking and cleaning at home and carried that into her later years. She was always cooking for holidays and special occasions. Whenever the grandkids needed desserts for school she was there, and everyone loved her desserts. You never went to her house that it wasn't spotless and some dessert on the table. She also enjoyed fishing, camping, sewing, and gardening.

Barbara graduated from Bowie High School in 1965. She was united in marriage to Dale Andreasen that same year on July 21, in Bowie, TX. Most of her life she was a homemaker with odd jobs now and again. One of her jobs was a cashier at the Loaf n Jug, Fairview, MT where Dale would go and sit with her. Barbara was also involved with the V.F.W. Auxiliary for many years.