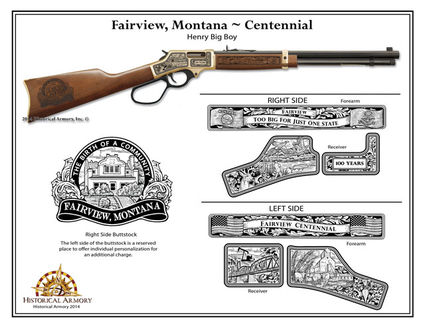 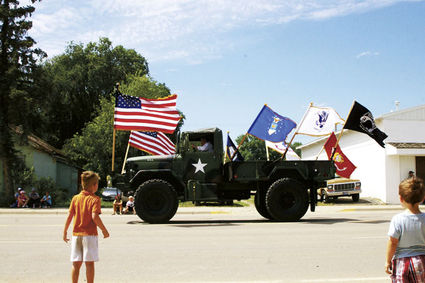 Monty Erickson shows his military pride during the 2013 parade. (Photo by Kris Baxter)

The guns will be for sale at Fairview Festival, Saturday, July 19th, 2014 or by email at [email protected] The cost of the gun is $1600.00. All proceeds will benefit Fairview projects through the Fairview Chamber and Fairview Festival committees.

Buyers can view the gun at Merchant's Bank in Fairview. The first order will be submitted August 1st, 2014. Personal engraving is an option for an additional cost. The limited edition centennial gun is only available until December 31st, 2014