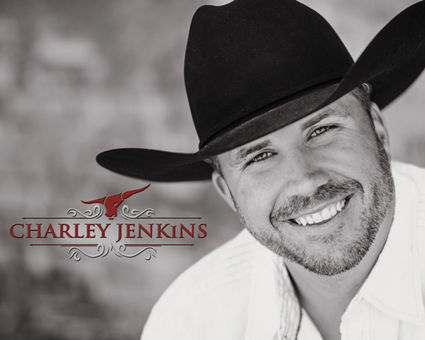 Charley Jenkins will perform at the Roosevelt County Fair Friday, Aug. 8 at 8 pm.

Out of 45,000 contestants Charley was a top 12 finalists on NBC's hit show, Nashville Star. However, Charley's career didn't start there and it dang sure didn't end there. Early on, folks could tell that this Eastern Utah farm boy had country music running through his blood. If you want to hear a true story on how he was raised just listen to his song titled "Country Music Made A Man Out Of Me". You can also get a deeper look into his upbringing and his passion for rodeo when you listen to his songs titled "Yippi Ki Yi Yo", "Rodeo Clown", and "Hold On". Charley pours his personality and life perspective into his music and you can't help but smile with songs like "Duct Tape and Bailing Wire" and "Right Where I Belong", and then connect personally with "Hero At Home" and "That Mountain". Because of Charley's love of life, God, Country and Country Music he has gained fans everywhere he performs. His passion and music have taken him from Music Row in Nashville, TN to the Today Show in NY, performing for tens of thousands along the way. He has an unusual ability to customize his show to fit the personality of any crowd. It will be clear to anyone who watches Charley perform, country music fan or not, that Charley is not just a great vocalist but an entertainer as well. Dan Truman of "Diamond Rio" says this: "Charley Jenkins?. He's great, He's real, and Country Music Needs Charley"

Oh -- if you want to find Charley and his band, just look for the big red bus with horns on it. He proudly admits that he bought it on e-bay. Yup, that's just how he rolls!