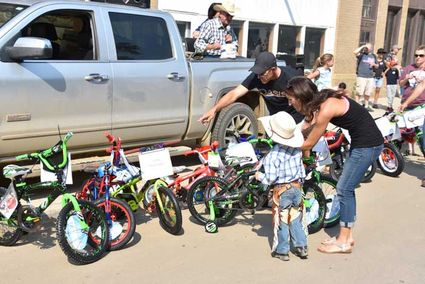 Mike Haase from Oasis Petroleum helps Gunnar Forbes and his mom Kaila from Sidney during the bike giveaway. 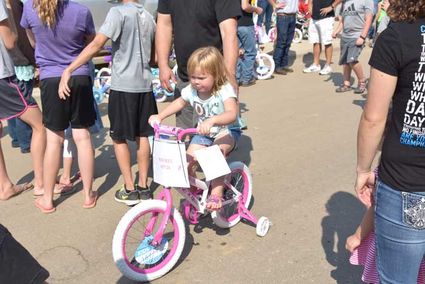 Madison Winne of Watford City rides away on her new bike.

Oasis Petroleum has been an Old Settlers Parade participant for several years but this year Conrad Ellis wanted to do something different! When he went to town to purchase candy to give away he thought it would be fun to give away a couple bikes and helmets as well....he had them in his office and a vendor came in and said he would like to donate a couple too, well that got Conrad thinking maybe other vendors would like to donate so he started calling others, throughout the week prior to the picnic there were at total of 48 bikes and helmets dropped off at the Alexander Oasis office!