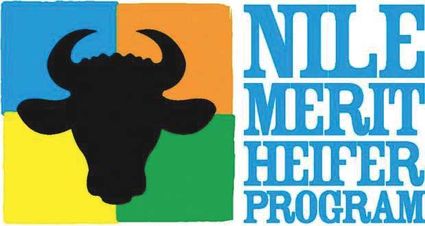 The Northern International Livestock Exposition (NILE) organization has been providing opportunities for youth involved in 4-H and Future Farmers of America (FFA) to get a head start in the cattle business. The program is called the NILE Merit Heifer program. It is a live animal scholarship, which means recipients are given a heifer to take care of, keep records on, and build a herd with. The NILE Merit Heifer program is now accepting applications for the 2019 program and will be accepting applications until Saturday, June 30th.

The qualifications for the program are that the applicant must be between the ages of 12 and 16 as of June 30th, they must be either a 4-H or FFA member, and must be a NILE member(Youth Membership fee is $25). Applicants also have to have a commitment to agriculture, future goals for a production operation, and the ability to feed and raise the animal in a proper setting. The application requirements include a complete application, an essay explaining why the applicant wants/deserves the heifer, a list of three different references, three reference letters, and a three to five minute YouTube video that includes future goals for the heifer, facility tour, and current FFA and 4-H projects. In addition to applications from eligible youth, the NILE is also accepting information from ranches wishing to donate a heifer calf.

The NILE has been providing heifers to awarding agriculturists for almost 19 years. This was all made possible because of an idea that Bill Pelton, former director of the NILE and NILE Merit Heifer Chairman, put into action."The main goal for the program, since inception in 2000, was to give youth the opportunity to get started in the beef industry by awarding them with a heifer calf. The youth own the heifer jointly with the NILE over the course of one year, where the youth is required to care for the heifer, halter break the heifer, breed the heifer, and submit monthly reports to the donor of the heifer and the NILE Merit Heifer Program. At the conclusion of the NILE Merit Heifer year, the now bred heifers are required to return to the NILE and show against the rest of the Merit Heifers. In the end, if the youth completes the program successfully, the heifer ownership papers are signed over to them. The heifer is now theirs to keep, along with her offspring throughout the heifer's lifetime!" said NILE Livestock Manager and Director of Youth Education, Shelby Shaw.

Many 4-H and FFA members have been awarded this opportunity which has enabled them to get firsthand experience on what it is like to have a heifer of their own. This program has also allowed youth to become more involved with the cattle production business. "Over 300 youth have gone through the program since it began, and while that is an amazing feat, this is an ongoing goal. By providing this amazing opportunity, youth are not only receiving a heifer; they are receiving knowledge of the beef industry. Conference calls with a local nutritionist, one on one experience with an AI representative, herd visits, and monthly reports dealing with disease, beef cattle marketing, and program promotion. Being able to provide that kind of information, not only prepares the youth for challenges they may face but may also open their eyes to new topics," explained Shaw.

The NILE is a non-profit organization, dedicated to the promotion of livestock, agriculture education and respect for the western culture. It originated as an idea from the livestock committee of the Billings Chamber of Commerce in 1966. By the fall of 1968, a full-fledged livestock show with 250 exhibitors and 600 entries was already underway. Today, the NILE Stock Show consists of livestock shows, horse shows, and rodeo. The Stock Show also includes one of the most significant agricultural events of the Northwest which is ProRodeo.

Shaw said," The NILE Merit Heifer Program has seen great success over the years. Many of the youth that completed the program have gone on to raise their own herds of cattle, with their Merit Heifer being the staple female of their herds. One of the most rewarding and successful parts of the program is when past recipients return as donors, donating a calf from their herd that started with their original Merit Heifer." For more information on the program you can visit the NILE website at thenile.org.