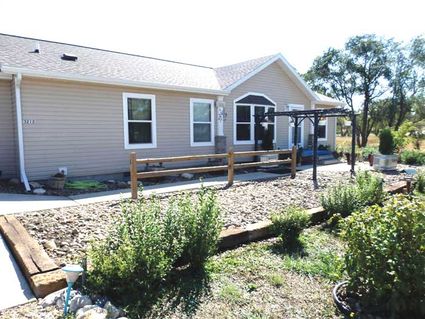 In Sidney, the housing market appears to be stabilizing following the most recent Bakken oil boom. According to Justin Jones, broker and owner of Nick Jones Real Estate, "we're seeing that people are again moving to the area and setting down roots." In the summer of 2017, there were over 100 homes for sale in the Sidney area, Jones explained. "I would say that the market is somewhat improving from the last couple of years. In general, asking prices are holding steady. The climb in housing prices we saw in 2010-2014 has definitely leveled off. We're roughly at 70 homes for sale," he said.

The local economy plays a big role in the housing market. "We're seeing a lot of buyers coming back in to the market with people feeling more confident in their jobs, and jobs opening up. We're definitely seeing more people looking to become first time home buyers. They're looking to get out of a rental and into home ownership," Jones explained. Compared to the height of the oil boom several years ago, there are fewer families living apart, and more families establishing roots in the area by purchasing a home.

Another change Jones noted was an increase in commercial real estate activity. "In 2015 and 2016 we had a handful of commercial inquiries to lease or buy," Jones said. "That appears to be changing. Our market is starting to see a few commercial properties selling. We're getting inquiries. Companies are again calling and scheduling showings and asking the right kind of questions," he said.

The stabilization of housing prices is certainly a benefit for the buyer, and Jones advises sellers to take note. "There's a lot of competition for buyers. The good news is that there are qualified buyers in the market. It is important for sellers to price their homes competitively."

Nick Jones Real Estate in Sidney has five experienced real estate professionals available, and sells agricultural, commercial and residential properties in Eastern Montana and Western North Dakota. The office can be contacted at 406-433-4445.

Watford City has undoubtedly experienced expansive growth over the past decade, and the real estate market is no different. Over the past decade, Watford City had developed community plans focusing on telecommunications and recreational infrastructure, has made significant improvements in the retail arena and the look of downtown Watford City, and made quality of life an important focus. Coupled with heavy oil exploration and production activities, these recent improvements have attracted many energy companies, financial and service companies, and families to move into the area.

According to Pam Suelzle, real estate agent for Watford City Real Estate Group, "There has been huge growth already, and it's presently growing. Our economy is quite strong. People are earning good wages and it's matching what our housing market is." Suelzle said there is a high demand for both residential and commercial and industrial properties. "There's a low supply for both housing and commercial and industrial, so there isn't a large selection to choose from," she said. Suelzle said many companies are opting to lease a property, or lease-to-own, "just to make sure the economy is going to stay stable." Associate Broker Rhonda DeHaan agreed, explaining that "companies were pretty excited about getting into a long-term lease. A lot of those are coming up on the second year, and they're still excited about the increased growth in Watford City." DeHaan is hopeful many of these will commit to purchasing.

As far as residential purchases go, explosive growth saturated the housing market for a while, DeHaan said, though "quite a bit of that inventory has been purchased." "We have a low supply and a high demand," Suelzle said, though "higher wages in the area are matching what is needed to support a mortgage." Suelzle finds that many families are surprised they can pre-qualify for the homes they are interested in purchasing. "We've got a lot of qualified buyers who are looking to become homeowners," she said. 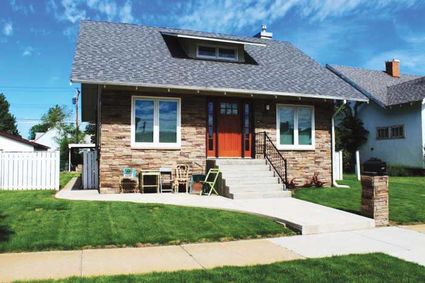 Currently, the market is strong for sellers. "The market has amped up for the sellers within the last 6 months. It's a little stronger for a sell now than it was 6 months ago," Suezle said.

In the near future, DeHaan is excited at the prospect of more new construction. "I'm hoping the increase in jobs and oil activity and gas production, we will see more permanent residents. We've seen more confidence in the builders. We're starting to see a little more activity in subdivision lot sales," she said.

There is no doubt that Watford City will grow over the next several years, and local agents will be prepped to assist both buyers and sellers of commercial, residential and industrial properties in the area. The Watford City Real Estate Group can be reached at 701-842-4500.