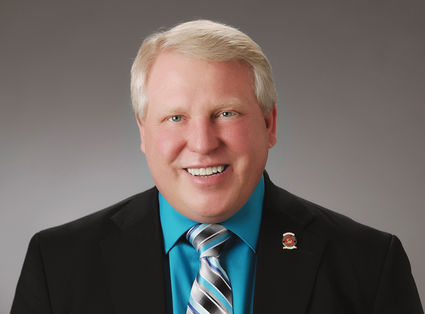 When Public Service Commission candidate Randy Pinocci came to Sidney in October, he promised to keep local voters apprised of energy needs and to inform the public as to the role and responsibility of the Public Service Commission. Pinocci contacted The Roundup to clarify that he was keeping good on his promises and to inform the public of a little known program to help energy consumers with the financial cost of utilities.

Since winning office in November, Pinnoci has been busy developing his relationship with Energy Share of Montana, a private nonprofit organization that exists to help Montanans who are faced with energy needs. Energy Share of Montana is a partnership between utility companies and other nonprofit agencies that want to help those who may not qualify for government programs but still need financial help staying warm or keeping electricity in their homes.

Pinocci told The Roundup, "People who qualify and struggle with their energy needs, there is assistance for you. The money given to Energy Share of Montana is all donated. They have a board and endowment that wants to help people."

"Energy Share," Pinocci says, "came to me to say, 'Hey, we want you to know this program is available.' I knew about the program, but didn't know they had raised a million bucks to help. They told me one of the struggles is that people weren't aware of the program. I explained that my district consists of 19 counties from Shelby to North Dakota, from the Canadian border down to Great Falls and Lewistown and I would stay in touch and let people know how they can be helped when they had a need."

Pinocci continued, "This is important. It can keep someone's pipes from freezing or maybe save someone's life. Somebody may be too proud to ask for help, but that's crazy. If they need help and they qualify, they'll get the help."

Pinocci gave The Roundup a legislative update of a bill currently circulating that may affect Montana's energy consumers. According to Pinocci one bill in particular is problematic.

"Tom Richmond has introduced a bill for Northwest Energy that would make it illegal for me to request information about Northwest Energy. The bill says they can deny a request of discovery from the Public Service Commission."

Pinocci feels that this bill is embarrassing to Northwest Energy because if the public understands what they're asking for, they look like they're intentionally trying to keep the PSC from doing their job.

He explained, "Boy, you want to talk about standing against the rate-payer. If I want to know if Northwest Energy is experiencing record profits, that might be important when they're asking for 2.3 million dollar increase per month or $6 dollars and 30 cents per customer."

The bill would, according to Pinocci, make it far more difficult for the regulatory agency of the Public Service Commission to make decisions. Pinocci iterated that before giving his public opinion on a rate increase he needs to hear all sides of an argument. However, the bill – according to Pinocci - would keep him from being as informed as possible to make those sound decisions.

Pinocci wanted to inform Eastern Montanan voters that if they are taking part in the Energy Share program and would like to share how it has helped them to contact him with their testimony. He also emphasized that if anyone was having trouble with getting assistance to contact him and he would do whatever possible to help them.

"If anyone needs help of any kind," Pinocci said, "just get ahold of me and I'll do my best to help."

Pinocci can be contacted via email at [email protected]