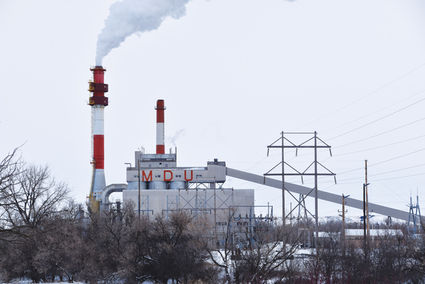 Montana Dakota Utilities (MDU) announced plans in a February 19 press release to shut down the Lewis & Clark coal-fired electric generation unit in Sidney next year. The plant is one of three that will ultimately be shut down by MDU, with the other two units being at a single location in Mandan, North Dakota.

The Roundup spoke with a number of local leaders regarding their views of the closure and predictions about how it might affect Richland County.

Messer told The Roundup, "I was in touch with some MDU representatives well over a month ago to try to find out more information when I first heard this might happen, and my contacts had said, 'We don't believe [the unit closure] is going to happen.' But apparently, things happened within the corporate structure that changed that and it's beyond our control."

Messer also spoke with concern about those immediately affected by the coal-fired electric generator closure.

"It's definitely going to make an immediate impact on our payroll and upon the families involved," Messer said.

Messer iterated that closing the coal-fired electric generator unit is not the same as closing the plant, which will ostensibly continue to produce electricity.

Messer explained, "About five years ago, MDU put in RICE burners (2 natural gas fired reciprocating internal combustion engines) so that when electricity demands were at their peak load in the summer - when the water levels are at the extreme lowest level during the late summer – the plant could kick on the natural gas burners to generate power and reduce the need for running the boilers."

She continued, "That [coal-fired electric generating unit] is a boiler. In order to boil they pull the water out of the river. They implemented the natural gas as a backup. And that backup plan is now going to possibly be what keeps the plant open."

When asked about anticipated lay-offs, Messer reported, "This could change, but right now people I'm visiting with say the Natural Gas part will stay there in the plant. Every effort is being made to find positions for those employees who are displaced."

However, there are secondary consequences of scuttling the coal-fired electric generating unit, which include the possible closure of the Westmoreland Coal Mine in Savage, which provides the Lewis and Clark plant coal.

Messer said, "You have to remember that Westmoreland, the coal mine owners, are already in bankruptcy. I live in Savage and there has been a cloud of uncertainty regarding the mine for some time. Nobody knows for sure what's going to happen at the end of this Westmoreland situation."

According to Messer, the notion that the MDU decision was based entirely upon environmental concerns isn't altogether accurate.

"The way I understand it from the people I'm talking to," Messer explained, "is that it's not primarily about the environment, but about profitability for the company. It costs so much to ship the coal, burn the coal, and use the coal that's it's no longer economically viable. Natural gas is considerably cheaper."

County Commissioner, Loren Young, also expressed concern regarding ramifications for the coal mine.

Young told The Roundup, "I think if they have to close the coal mine, it will be hard on the school district for Savage. None of us want to see a reduction in force or positions terminated. I don't know that the mine will stay open just to provide coal for the sugar factory, without other large customers."

Young continued, "It will affect the whole county but it's going to be especially hard on the school in Savage. The school is funded by industry within the school district. Districts receive money from the tax base within it. The coal mine is a tax base. I don't know the dollars exactly but there has to be some assets there that's taxable, assessed to the coal mine, and it will hurt the school to lose it."

When asked if there was anything the commissioners could do to talk MDU into keeping the plant, Young responded, "In my theory, usually when MDU makes up their mind up there's no changing it. However, there's a commissioner comment period every Monday at 11:30 a.m. for people to ask questions or offer suggestions, and anyone is invited to come."