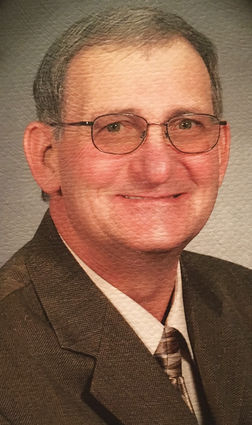 Funeral services for Robert Bieber, 66, of Fairview, were held Friday, March 8 at 10 a.m. at Trinity Lutheran Church in Sidney with Pastor Rolf Preus officiating. Visitation was Thursday, March 7 from 12-5 p.m. at Fulkerson-Stevenson Memorial Chapel. Interment was in the Fairview Cemetery in Fairview, MT under the care of Fulkerson-Stevenson Funeral Home of Sidney. Remembrances, condolences and pictures may be shared with the family at http://www.fulkersons.com.

Bob was born on February 26, 1953, in Sidney, Montana to George and Alvina (Klein) Bieber. He grew up on the family farm northeast of Fairview, the youngest of five children. He attended East Fairview Elementary School, and graduated from Fairview High School in 1971.

During and after high school Bob assembled and repaired New Holland swathers and balers. He eventually went back to work on the family farm. Later, he found a lot of enjoyment hauling crude oil. He was a dedicated and hard working person who took a lot of pride in what he was doing. Bob had many side businesses and, following in his father's footsteps, invented several pieces of equipment.

Bob was a dedicated and active member of St. John's Lutheran Church. He had a patient and kind soul with a smile that lit up any room. He loved to be with his family and friends, particularly special to him was time spent with his brothers and his grandsons.

He is preceded in death by his parents, George and Alvina Bieber, son Ryan Bieber and brother Ervin Bieber as well as several brother and sisters-in-law.