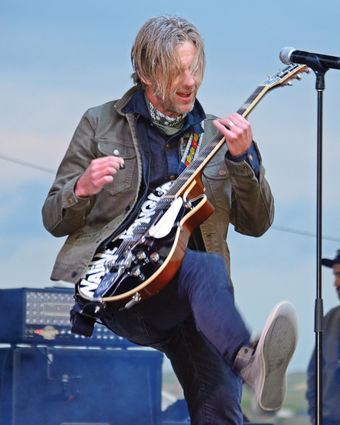 Children's activities were not forgotten. The youngsters were busy painting rocks, making balloon animals and watched and joined into a live show by "Burnnie the Bunny" of children's TV series The Burnnie Show.

DJ Peacock was the MC at the festival. Switchfoot started in 1996 and their 2003 album "Beautiful Letdown" sold over 2.6 million copies. According to Jon Foreman, the name "Switchfoot" comes from a surfing term. "We all love to surf and have been surfing all our lives so to us, the name made sense. To switch your feet means to take a new stance facing the opposite direction. It's about change and movement, a different way of approaching life and music.