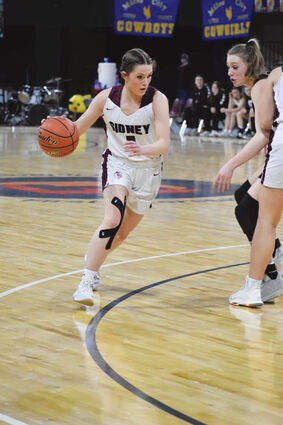 Taylan Hansen dribbles around an opponent at the tournament last weekend in Billings. (Photos by Tonya Schoepp)

The Sidney Eagles were at divisional basketball last week in Billings. The girls won their first game against Park 35-30. They lost their second game to Billings Central 43-74. They won their third game against Dawson County 52-37 and lost their fourth game to Laurel. The boys played Hardin their first game and lost 47-58 and played Custer County their second game and lost 31-51. 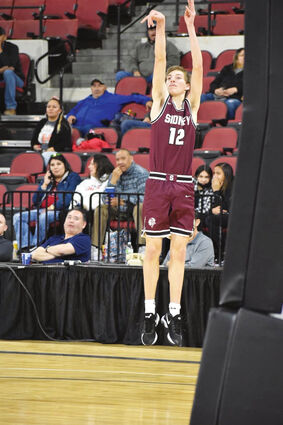 Braylon DiFonzo shoots a basket at the tournament last weekend in Billings.