Adkins Making His Way In The World 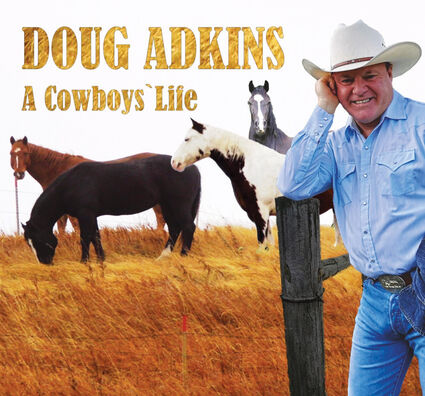 One of Montana's own is out making his way in the world. Literally. Doug Adkins is a hit in Europe, where he has just released his tenth country music album.

Doug was born in Havre, MT and graduated from Sidney High School. He played high school basketball, was in the band, and was proud to have grown up in Montana. Doug said, "There's an awful lot of Montana influences in my songwriting. On this CD, the song 'A Cowboys' Life,' reminds me of so many people I've met and respected over the years in Montana and the Midwest. Qualities like working hard, honesty, civility, and the ability to look yourself in the mirror from time to time, not let yourself be influenced by all the hype going on in the world, and just be your own moral compass! The lyrics In the song 'Amen,' which will be released to Christian radio across the U.S. in May touches on that as well where the lyric says 'I tried to be a Beacon, but found out I'm no Saint, Need to ask forgiveness for the things that I just ain't.' In true Montana fashion, Adkins states, "I am my own manager, my own social media manager, I write the song, record the songs the way I believe they need to sound, and I even drive the bus and help set up the sound and lights if necessary!" "I love the work and being on the road, performing for friends and fans of country music is the only life I know! The major record labels called a couple times but wanted to take too big of a chunk of my family business, with few guarantees. I preferred to stay a little less famous and do things my way!" He and his band have toured the U.S. in the Midwest, along the west coast, as well as in several European countries, singing in clubs, county fairs, and rodeos. When 2020 came around all of Doug's shows were canceled due to coronavirus, but he was lucky enough to be accepted for The Voice in Germany where he was the first country singer to ever make it past the blind auditions. When he won the Battles Round and then competed in the Singoff where he just fell short of the finals, it was a major boost for country music in Europe. The Voice of Germany reached eight million viewers three times on national television in Germany, Switzerland, Austria, and parts of Denmark. In 2021 with all live events still being canceled due to COVID, Doug was able to concentrate on making a new album. It was originally complete and ready to be released in 2021, but with the coronavirus still making headlines, he did not feel it was the right time to release it.

Doug's tenth album, "A Cowboy's Life" was already released earlier this year. Including the ones in this album, he has officially written over 200 country songs. His new album combines Traditional Country, Americana, Outlaw Country, Roots Music, and even some Christian Music all into one release. There are 15 songs in total. Fourteen of them are Doug's brand new originals, while one is a cover done in honor of Texas songwriter, Ed Bruce, who left this world just last year. Doug's new music can be found on SoundCloud at https://soundcloud.com/doug-adkins-45301413/sets/a-cowboys-life-by-doug-adkins, on Amazon, and ITunes. His previous albums can be purchased on Doug's website, http://www.dougadkins.com/music. While Doug has spent several months in Europe for The View, he is currently in the states on tour in Nevada and Arizona.