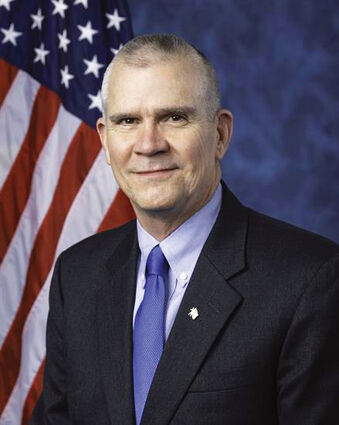 U.S. Representative Matt Rosendale (MT), stopped in Sidney last Tuesday to update the public on his current agenda for his first full year in Congress.

"Right now serving in the minority puts us in a not real productive place in Congress so we have been pushing back against a lot of the overreach of the federal government but what I have been able to do during the first year in Congress is also introduced 21 bills."

Unfortunately, you don't hear a lot about that because serving in the minority they have no obligation to even bring my bills forward, so I've introduced bills to expand healthcare, some of things I did when I was insurance commissioner. I introduced bills to reduce the cost of prescription drugs."

The Corp of Engineers is in the process of doing test flows on the Missouri and Yellowstone rivers, which can jeopardize water rights for farmers.

Rosendale quotes, "I met with the Army Corp of Engineers last week in my office in Washington,DC and unfortunately the good news about the drought is that the levels are so low there will not be any test flows this year. They gave me a lot of information about what they are going to be basing those flow tests on and I have shared all of that with commissioner Duane Mitchell so he has all of that documentation. I made sure they understood in my office that the #1 priority that if there are going to be any kind of test flows out of Fort Peck lake that they let me know well in advance when its going to happen and at what rates it's gonna happen, so I can prepare all the users that are downstream from there."

Rosendale is up for reelection this year. He will face Democratic challenger Penning Ronning or Skylar Williams in the Nov. 8 general election.