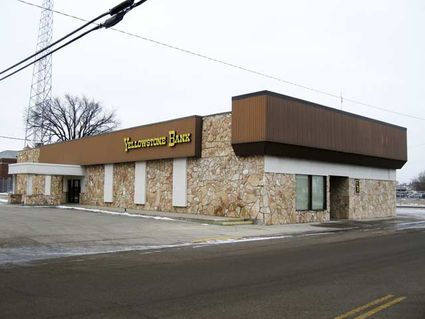 With a pallet for the proper blending of ingredients, and a sense for business, Travis Peterson is living his dream one micro-brewed concoction at a time. On May 18, he opened Meadowlark, a local brew house, restaurant and coffee house following nearly four years of planning and work. Meadowlark offers a new experience for beer appreciators in Sidney while introducing them to the many different flavors of micro brewed beer.

"The most popular beer is the Harvest Cream Ale. For people who are new to drinking this type of beer it seems to be the friendliest and easiest to drink because it is similar to the lighter domestic beers. But the joke is this. When people ask you what your favorite beer is, you say, the one that's in my hand," Peterson said.

The brew house is located at 119 S Central Ave, the former Carpenters Storehaus and Snowflake Bakery. He also purchased the former Jock Stop located directly next door allowing him to expand the footprint of the building.

Meadowlark is home to eight home brewed ales with new ones arriving seasonally, including the Squashtober, the Snowflake and the Gingerbread Ale, made with cinnamon and molasses. This month they will also feature their upcoming barley wine.

Always an avid home brewer, Peterson made the decision to open the brew house following the urging of his parents after he returned to his hometown of Sidney to help with the family business, Sidney Red-E Mix.

Once construction began on the building Peterson said they found several dozen cans of Olympia beers hidden behind the sheetrock and walls. He took this as a sign of good things to come. So far, he's been right. "This has been a fantastic experience. It's been a lot of hard work, but it's been exciting and the feedback I get from our customers has been awesome," he said.

With 25 employees, Peterson decided to open the business in the morning hours to serve as a place where coffee lovers could gather for their morning cup of goodness. The coffee shop is open from 7:00 a.m. to 11:00 a.m., Monday through Saturday. They create all of their own baked goods and use coffee beans from Ghost Town Roasters, of Bozeman.

Currently the beer is brewed by Tim Schnars and Amy McIntyre serves as the house chef.

Peterson said he plans to have his beers distributed by Blue Rock Distributors throughout the area in 2015.

Nestled beneath the Meadowlark Brewery lies a treasure of trending and classy styled clothing for women. Tris Fashion opened at the end of July and has since become a popular place for locating that perfect outfit needed for any occasion.

"People are really excited to be able to come and shop and not have to go out of town to find what they are looking for," said Brittany Torgerson, store owner.

After living in Billings for seven years, Torgerson decided she wanted to come back to her hometown and three years later she has opened her business. Today, she has one employee and receives assistance from her mother, Loni.

Looking inside, it's hard to imagine the inviting store was once nothing but a dirt floor lacking lights and fixtures. Its transformation has created an atmosphere that is both modern and industrial, with stained concrete flooring, racks made of pipe and hanging chandeliers.

The store offers jewelry, purses, candles and women's clothing in sizes ranging from extra small, up to size 3X. "I wanted to appeal to a broad range of women and I think that has happened. I have a lot of high school aged girls come in and shop and I've had women in their 80s come in too," she said.

The store is located at 117 Central Ave and is open Thursday through Saturday from 10:30 a.m. to 7:00 p.m. Torgerson said she is a friend of the owner of the upstairs Meadowlark Brewery, which made moving into the building easy.

"I have lived in Sidney most of my life and I think it's exciting to see it growing and getting more businesses moving into the area. I am very happy and I think I got in at the right time," she said.

They provide a safe place for skill building, entertainment for the public as well as state of the art training for the military and law enforcement.

Marksmanship and general gun handling skills and safety are provided in the V Range, while shooters can be entertained and test their skills in the video simulators.

"It's going really well," owner Kevin Hull stated. "We enjoyed the time change. It's winter in Montana, it's dark and people are looking for something to do." Shootin' Blanks has hosted a number of birthday, company and Christmas parties, with many people trying out the facility for the first time, and loving it.

Shootin' Blanks has added more scenarios in the entertainment end, including Zombies in time for Halloween. New retail including embroidered beanies, magnetic gun and magazine holders and silicone safe rings have also been added.

As the City of Sidney continues to flex and grow to meet the demands of an increasing population, a new and improved Cellular Plus Store was one of a number of businesses that opened in 2014 to help meet the needs and demands of the community.

"Everyone says the store is just beautiful and that the parking lot is very convenient," said Cindy Gustafson, store manager.

While the first Cellular Plus store opened in Sidney back in 2012, the new store boasts more square footage and features its own parking lot. The old store and was located at 323 Central Ave and had street side parking only.

The new store offers a premier line of wireless phones and accessories to meet the needs of the most tech savvy of patrons. "The iPhone 6 is our most popular phone and is also the thinnest, most powerful and most efficient one yet," Gustafson said.

Verizon is the nation's leading provider of wireless communications.

Yellowstone Bank president Jay Harris said that the purchase of 1st Bank was a good fit for them since the operations were very similar. Both practice relationship banking focused on taking care of the community and the customers. "We were very pleased with the way John, Brad and the team operated and felt it would be a good fit for our bank," Harris stated. "The balance sheets of the two banks complimented each other nicely and the combined bank will be one of the strongest in Montana."

Day to day operations at Yellowstone Bank in Sidney are conducted by president Brad Franklin and the staff, with collaboration from headquarters as needed. No changes in personnel are planned. "We were very impressed with the officers and crew on board," Harris emphasized.

Yellowstone Bank now has the expertise to handle more real estate transactions, including traditional mortgages and construction lending. With a broader base, the bank also has the ability to make larger loans than were previously available through 1st Bank.

Yellowstone Bank was founded in Park City, MT in 1907 by Bertram Meyer Harris, great grandfather to the current owners. It remains family owned today with brothers Jay and Jim in charge of day to day operations. Their father Joel Harris and sister Julie Taylor serve on the board of directors. The bank has branches in Absarokee, Bozeman, Columbus, Laurel, 3 in Billings and now Sidney.

The professionals at Yellowstone Bank invite everyone to stop by 120 2nd St. NW, Sidney or call 406-433-3212 to discuss their banking needs.

New owners Robert Kenney, his wife Karina and son Robert Jr. re-opened McDonalds restaurant in Sidney on October 13. They have been overwhelmed by the response from the community and are extremely grateful for the support. They also appreciate their customers understanding, allowing them a few mistakes.

The restaurant is staffed for the current hours of operation. "We love our crew and appreciate the hard work they do. They choose to work for us and we appreciate them," Robert Sr. said. "We will continue to hire and welcome all applications."

McDonalds is located at 1550 S. Central Ave., Sidney. They are open at 7am daily.

For weary travelers passing through Sidney, the recently constructed Town Pump truck stop, located just south of town, is a welcome site. With ample room for semi-trucks to pull in and park, the full service convenience store offers everything from in-house deli sandwiches, dine in or take out pizzas, hot case foods and pie.

"Everyone says it's a nice, big store, and they like the store and appreciate the side selection of foods and drinks we offer," said Tami Fitzgerald, store co-manager. Nick Decker is the other co-manager.

The store opened its doors in mid-August.

Located at 12280 Highway 200, the store includes the Magic Diamond Casino, a lounge and a liquor store. They also provide nine shower stalls. To get the store open, the crew of the some 40 employees all pitched in and got the store ready for business. Fitzgerald trained in Miles City and Forsyth to help ensure everyone was trained and ready for business.

The Sidney store is owned by a family that lives in the company's headquarter town of Butte.

Founded in 1953, Town Pump is a Montana based chain of truck stops that got its roots in Butte, when Tom Kenneally Sr., opened the gas first station.