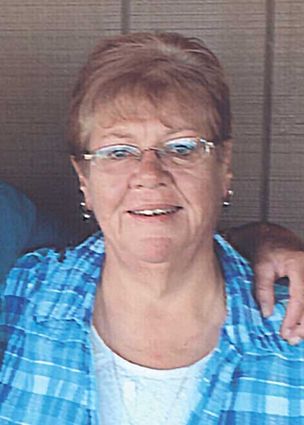 Myrna was born on December 6, 1957 in Sidney to Loyd and Myrl Salsbury. Being half Irish and half Norwegian, she inherited the best of both, with just enough temper and stubbornness to keep life interesting. She grew up in the Girard community and attended East Lone Butte School for a couple of years, then went to Fairview School where she graduated valedictorian in 1976.

From the time she was little, Myrna always wanted to be a nurse. She received her RN degree from Havre and Great Falls, then returned to Sidney to work. After ten years at the hospital, she transferred to Richland Homes, now Extended Care, where she was currently working. She loved the patients and treasured her many friends and colleagues in the medical profession.

Myrna met the love of her life, Randy Davis of Wheatland, WY in 1993. They were married at Pella Lutheran Church on May 16, 1998 and were inseparable, enjoying mutual friends and activities. Unfortunately, they had no children, but lovingly cared for their four legged babies.

Myrna loved to cook and bake, generously sharing with family and friends. She was even The Roundup's Cook of the Month, which created a lot of good natured, and maybe a bit jealous, teasing. She and Randy grew a huge garden and canning was a yearly ritual. Her favorite part of the yard was her flowers. The Friday afternoon "craft club" came up with many original ideas over the years.

Myrna was the first female Exalted Ruler of the Sidney Elks Lodge and remained a dedicated, hard working member. She made many fast friends locally and throughout the state.

Fun with family and friends was always important to Myrna and many weekends were enjoyed at Tobacco Gardens in her earlier years. Her home was the setting for fabulous family feasts and friends were always welcome.