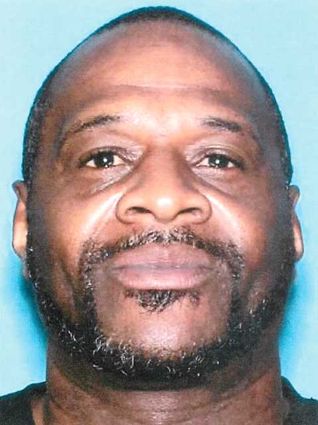 On February 12, 2016 a Warrant Upon Information was issued out of Montana Seventh Judicial District Court for the arrest of Oneil Griffin Johnson III. Crimestoppers would like to remind everyone that it is a crime to knowingly harbor a person that is wanted by a law enforcement agency.

Oneil Griffin Johnson III is 49 years of age, Black Male, 5'7", 152 lbs with brown eyes and black hair. The subject had been charged with Count 1: Criminal Possession of Dangerous Drugs -Methamphetamine, a felony; Count 2: Criminal Possession of Dangerous Drugs –Marijuana, a misdemeanor; Count 3: Operating a Motor Vehicle Without Liability Insurance in effect, a misdemeanor; Count 4: Operating with Expired Registration, misdemeanor. The Fairview Police Department had made a traffic stop on a vehicle driven by Oneil Griffin Johnson III on August 16, 2015. During the stop items later determined to be Methamphetamine and Marijuana were found. A Warrant Upon Information was issued out of Montana Seventh Judicial District Court for the above charges on February 12, 2016, with a bond of $5,000.00 being sent by the Judge. Oneil Griffin Johnson III is from California, at the time of the traffic stop he gave a Fairview, Montana address and stated that he was working in Fairview, Montana area. The vehicle he was driving had California plates and he had a Florida driver's license. He has lived in California, Texas, Arizona, Florida and Montana. This warrant can be served in surrounding states to Montana (ND, SD,WY, and ID.

If you have any information about Oneil Griffin Johnson III, with Alias names of Keith Lamont Johnson, Marcus Jerome Johnson, Oneil G. Johnson, you are urged to call CRIMESTOPPERS at 433-6666 Monday through Friday between 8:00 AM and 5:00 PM. You can also contact Crimestoppers in Richland County anytime (24/7) by going to our New Crimestoppers website at http://www.richlandcs.com then going to Submit a Web Tip or by texting the code "CSRC plus your message to: 274637 (CRIMES). You can also contact the Richland County Sheriff's Office at 406-433-2919 or Sidney Police Department at 406-433-2210.